FILM REVIEW BRIEF: Mackenzie Crook in ‘Three and Out’ 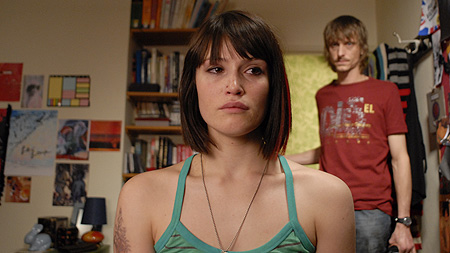 LONDON — Suicide is played for laughs in Jonathan Gershfield’s odd little British film “Three and Out,” in which a subway train driver is told that if a third person goes under his wheels in a month he can retire with a huge payoff.

Mackenzie Crook stars as the frustrated train driver who stumbles upon a man named Paul (Colm Meaney) who has decided, after a life as a wastrel, to do himself in.

The film is quirky enough to spark some interest beyond home shores but is more likely to thrive on DVD.