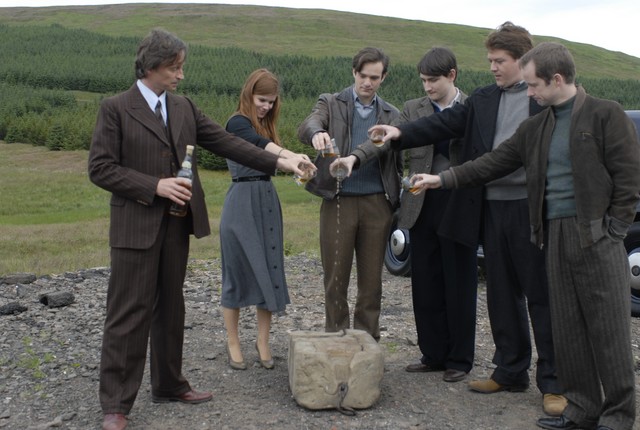 EDINBURGH – The “Stone of Destiny” in Charles Martin Smith’s pedestrian new film is the macguffin that a group of Scottish nationalists plan to repatriate from the heart of England in order to encourage the movement for Scotland’s independence.

Shrouded in myth and also known as the Coronation Stone, it’s a slab of rock taken from Scotland by an English king 1000 years ago and kept for ages at Westminster Abbey. The film is based on a true incident in 1950 when some students from Glasgow broke into the Abbey and stole it.

Intended as a rousing feel-good tale of rebellion, the film suffers from slack direction and bland performances with very little tension and no surprises. Box office prospects are slim beyond what can be drummed up from the worldwide Scottish community but it’s not going to cause many to spill their whisky. 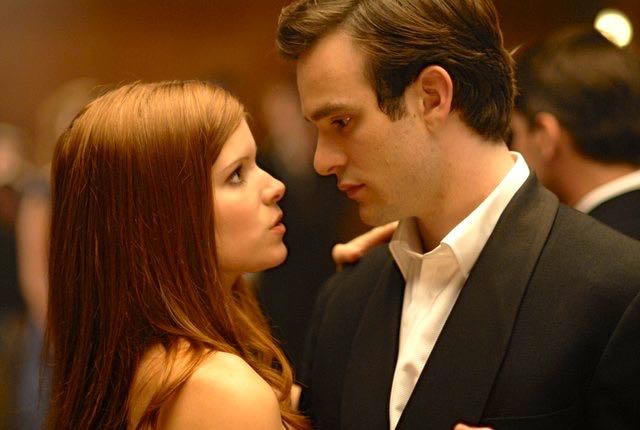 Based on a book by central character Ian Hamilton (Charles Cox), “Stone of Destiny” relates in some awe what is obviously meant to be the daredevil escapade of an idealistic young man who relishes the opportunity of making a name for himself.

Although his best mate (Billy Boyd) decides not to put his education and future employment at risk, Ian recruits two other young men (Stephen McCole and Ciaron Kelly) and a pretty young woman named Kay (Kate Mara, pictured with Cox)) with no arm-twisting at all.

With financial backing from a prominent educator and politician (Robert Carlyle), they set off to London to scout the layout of Westminster Abbey and plan their raid. Curiously, the presence of four young Scottish people in London arouses a great deal of suspicion as if everyone knows what they’re up to. It stretches credibility and so do the foursome’s contrived antics during the raid, which involve missed signals, dropped keys and lots of running about in the rain.

Veterans Carlyle, Mullan and Flicker have cameos but the film rests on the youngsters, especially Cox and Mara, who do their best but cannot enliven the dull script. By sticking reasonably close to the actual events, the film has to reach for its heroes’ small victories but they’re not enough to make the picture memorable.