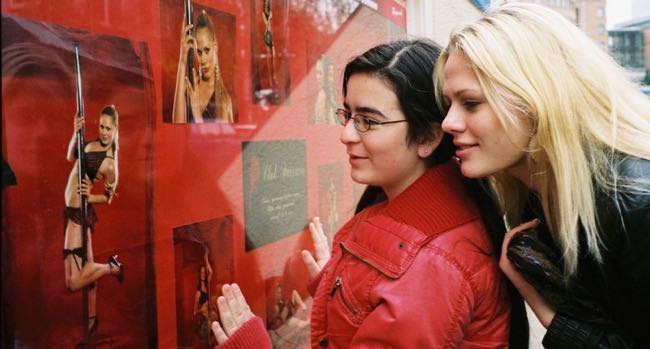 LOCARNO, Switzerland – Dutch director Mijke de Jong’s “Katia’s Sister” is an observant snapshot of a young woman who is the heart and soul of an all-female Russian ex-patriot family living in Amsterdam.

It features an endearing performance by Betty Qizmolli as Lucia, a plain teenager who adores her glamorous older sister and deals patiently with their slatternly mother and addled grandmother. The film should do well in its home market and thrive at festivals.

Asked at school what she wants to be when she grows up, Lucia (Betty Qizmolli) can think of no better answer than to be Katia’s sister. Katia (Julia Seijkens) is a sexually active 17-year-old, all blonde hair and good looks, and while she often calls Lucia stupid she depends on her for comfort and reassurance.

Mother (Olga Kouzgina) is still able to trade her fading beauty for rent money and a few luxuries but she gets angry when Katia first falls for a spry Italian boy (Chico Kenzari) and then takes a job at a strip club to earn her fare to join him in Pisa.

Lucia knows she’s the Ugly Betty of the family and despite an outgoing personality she turns inward, talking to her pet water turtle, doing imaginary favors for her family, and befriending a young man spreading the word of Jesus in a nearby square.

With no plot to speak of, the film, which is based on a novel by Andres Barba, succeeds as a character study thanks to De Jong’s quiet style and Qizmolli’s unaffected performance.