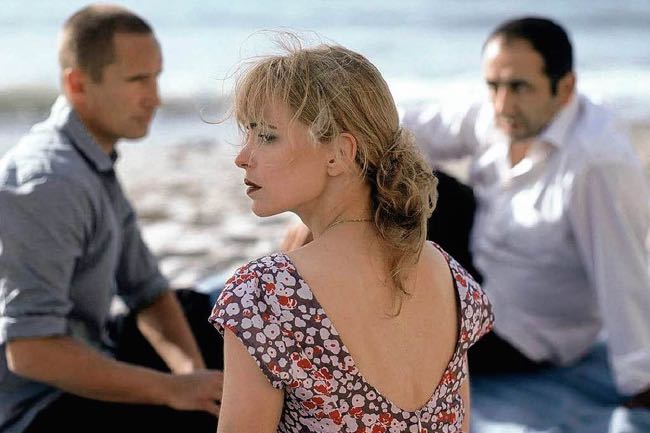 VENICE – The postman keeps threatening to ring in German director Christian Petzold’s “Jerichow,” a love triangle involving an older man, his younger wife and the hunk who comes to stay.

Benno Furmann and Nina Hoss give off plenty of body heat as the illicit lovers whose passion threatens to spill over into violence towards the well-intentioned but vulgar husband, played with considerable subtlety by Hilmi Sozer.

It’s a well-constructed drama, paced thoughtfully and almost a thriller, but in the end credibility and tension get lost in the mail. Despite that, the setup and strong performances could propel the film beyond festivals and art houses to exposure in select international markets.

Petzold, whose well-received 2007 film “Yella” also starred Hoss, starts the film with a coldly efficient sequence that shows Thomas (Furmann) assaulted and robbed by a furious gang boss after his mother’s funeral. Ex-army tough and resilient, Thomas takes work in order to renovate his late mother’s house and ends up working for Ali (Sozer), a local businessman.

Ali runs 45 take-away outlets and, after he loses his license on a drunk-driving charge, he hires Thomas to be his driver. The job involves spending time with Ali’s attractive wife, Laura (Hoss), and soon Thomas is keeping his eye on more than the road.

Petzold, who also wrote the script, sets up the triangular dynamic with invention, and his chain of events is far from predictable. The ex-soldier’s respect for his boss runs parallel with his growing desire, and the wife’s frustrations are tempered by affection.

Furmann uses stillness and charm to underscore his character’s potential for mayhem, while Hoss does well to capture the woman’s shifting emotions. Sozer is especially persuasive as a rough-edged and crude but decent man who has made a success in business despite rampant prejudice against his Turkish heritage.

It’s the strength demonstrated in Sozer’s character that is ultimately betrayed in the way Petzold ends his yarn, which had to end somewhere but didn’t have to be so dissatisfying.