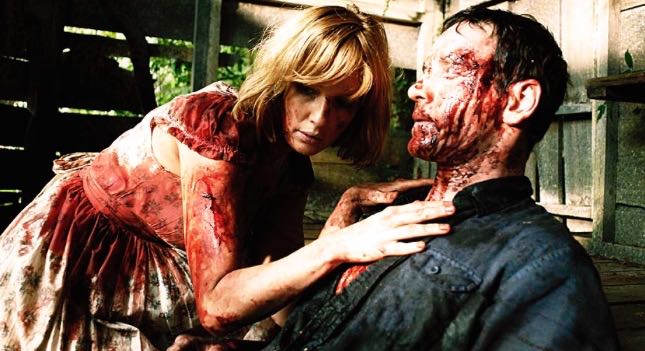 LONDON – British director James Watkins’ “Eden Lake” has the trappings of a low-IQ thriller but it’s really a contemptible tract that feeds the prejudices of the U.K.’s rightwing tabloids who claim the country is overrun by teenagers wielding knives.

Kelly Reilly and Michael Fassbender, both bright new British performers, suffer foul indignities as a naive middle-class couple on a camping weekend near a deserted lake. Shane Meadows regulars Jack O’Connell and Thomas Turgoose are among a gang of lowlife teenagers who terrorize them with deadly intent.

Released in the U.K. by Optimum, the picture has been picked up by the Weinstein Company for distribution in the United States. But lacking any motivation for the characters’ actions and with not a shred of redemption, the picture’s shameful purpose is unlikely to make much of a mark on audiences beyond those who want to see some special effects that detail gashed and bleeding flesh.

Made slickly but full of plot holes and ludicrous behavior, the film focuses morbidly on the damage that sharp blades can do to the human body. A key scene involves a beaten man tied to a post with barbed wire who is stabbed in turn by maddened juveniles brandishing assorted knives and cutters.

If Watkins aimed for anything resembling “Deliverance” or “Straw Dogs,” his pandering characterization of the British working class as bovine, venal and heartless misses the mark by a country mile.