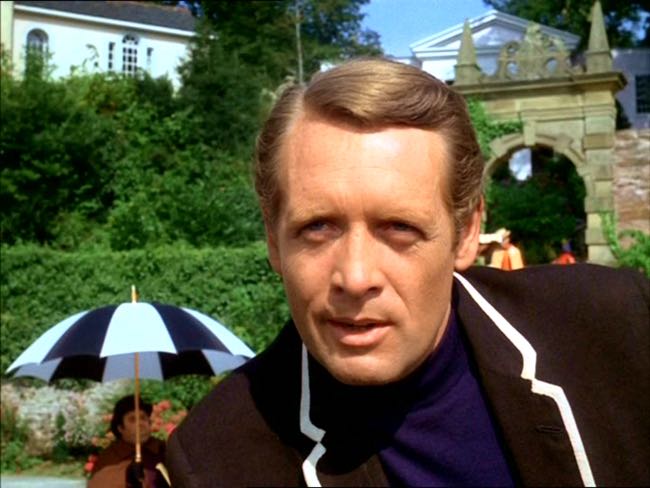 LONDON – Mel Gibson told me that when was casting his Oscar-winning best picture “Braveheart,” he kept saying he wanted someone like Patrick McGoohan to play the vital role of William Wallace’s nemesis, Longshanks, King Edward I (pictured below)

Finally, he wondered why not McGoohan himself? The result was one of the most dynamic portrayals of a brutal monarch in movies. It was McGoohan’s last major film role.

The Emmy-winning actor who created and starred in the cult classic television show “The Prisoner” (top), died Tuesday in Los Angeles after a short illness. He was 80. 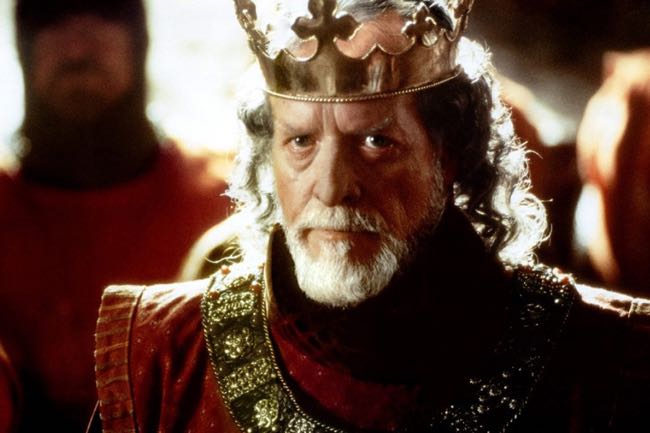 But he was most famous as the character known only as Number Six in “The Prisoner,” a sci-fi tinged 1960s British series in which a former spy is held captive in a small enclave known only as The Village, where a mysterious authority named Number One constantly prevents his escape.

McGoohan came up with the concept and wrote and directed several episodes of the show, which has kept a devoted following in the United States and Europe for four decades.

Born in New York on March 19, 1928, McGoohan was raised in England and Ireland, where his family moved shortly after his birth. He had a busy stage career before moving to television, and won a London Drama Critics Award for playing the title role in the Henrik Ibsen play “Brand.”

He married stage actress Joan Drummond in 1951. The oldest of their three daughters, Catherine, is also an actress.

His first foray into TV was in 1964 in the series “Danger Man,” a more straightforward spy show that initially lasted just one season but was later brought back for three more when its popularity — and McGoohan’s — exploded in reruns.

Weary of playing the show’s lead John Drake, McGoohan pitched to producers the surreal and cerebral “The Prisoner” to give himself a challenge.

The series ran just one season and 17 episodes in 1967, but its cultural impact remains.

He voiced his Number Six character in an episode of “The Simpsons” in 2000. The show is being remade as a series for AMC that premieres this year.

“His creation of ‘The Prisoner’ made an indelible mark on the sci-fi, fantasy and political thriller genres, creating one of the most iconic characters of all time,” AMC said in a statement Wednesday. “AMC hopes to honor his legacy in our re-imagining of ‘The Prisoner.”‘

Later came smaller roles in film and television. McGoohan won Emmys for guest spots on “Columbo” 16 years apart, in 1974 and 1990.

He also appeared as a warden in the 1979 Clint Eastwood film “Escape from Alcatraz” and as a judge in the 1996 John Grisham courtroom drama “A Time To Kill.”

His last major role was in “Braveheart,” in what The Associated Press called a “standout” performance as the brutal king who battles Scottish freedom fighter William Wallace, played by Gibson.

In his review of the film for the Los Angeles Times critic Peter Rainer said “McGoohan is in possession of perhaps the most villainous enunciation in the history of acting.”

McGoohan is survived by his wife and three daughters.

This entry was posted in Film, News and tagged 'Braveheart', 'Columbo', 'The Prisoner', Mel Gibson, Patrick McGoohan. Bookmark the permalink.