BERLIN – With the story of Pedro Zamora, the Cuban-born youngster who contracted the HIV virus at age 17 and told his story on MTV’s “The Real World” before dying young, “Pedro” is a film that wears its heart on its sleeve.

Produced by MTV and the folks who make the reality series, it portrays characters who almost all end up doing the right thing in support of a likeable young man who faced up to his fate with fortitude and generosity. Directed by first-timer Nick Oceano, the script is by Dustin Lance Black, Oscar-nominated screenwriter of the movie “Milk.” 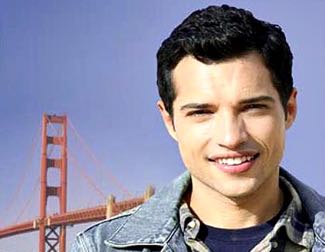 The film, which is squeaky clean and sentimental, will clearly get wide exposure thanks to MTV and will serve as an ongoing testament to Zamora and help in educating people about the ongoing dangers of AIDS. Gay communities and fans of the show also will respond, although the film’s lack of complexity may not intrigue more demanding audiences.

Pedro (Alex Loynaz) is seen auditioning for the TV show “The Real World: San Francisco” five years after being diagnosed as HIV positive. Those familiar with the show will recognize the other participants in the program, which was an attempt to observe young people interacting honestly and a cut above the likes of “Big Brother.”

The artificial atmosphere of a residence filled with camera crews is dealt with lightly, although Black’s script observes that MTV preferred Zamora to use his Spanish first-name Pedro rather than Peter, which all his friends called him.

Flashbacks tell the story of Zamora’s move from Cuba to Florida in the Mariel boatlift that saw several siblings left behind. It traces his relationship with his mother, who died of cancer when he was still quite young, and his adoring sister Mily (Justina Machado).

It depicts his love affair with another AIDs activist, Sean (Dajuan Johnson) and their betrothal live on MTV, and shows what an inspired lecturer Zamora became, talking to kids about how to protect themselves and relate to AIDS sufferers.

It’s all very sincere and inevitably touching but sometimes the acting is as stilted before the film camera as it appears to be in front of MTV’s cameras. Everyone works very hard to make it work, though, and given the bravery of its subject and the importance of the topic, being earnest is far from a bad thing.