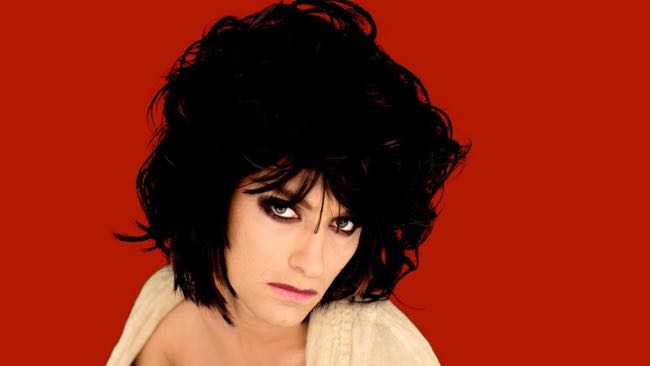 BERLIN – Sally Potter’s Berlin competition film “Rage” shows that no matter how shallow, pretentious, self-regarding and irrelevant the fashion industry might be, there will always be a filmmaker who is more so.

The British writer and director has taken a bad idea for a radio play and tarted it up with highly stylised video that is supposed to be the work of a kid using a mobile phone camera. She roped in some big names including Judi Dench, Steve Buscemi, Eddie Izzard and Jude Law (pictured) to play characters at an unseen New York fashion show.

Plastered with makeup, they speak directly to the camera against a green, blue or red screen in a monotony of drivel having to do with what the kid with the camera is too clueless to go see for himself.

This involves some kind of accident involving one of the models and a shooting, but that’s unclear, and there’s not the slightest reason to care. Boxoffice will be limited to members of the filmmaker’s family, if that.

Reality TV appears to have eaten Potter’s brain as she thinks that everyone, including those who design, produce, own, photograph and write about haute couture on catwalk day will rush to sit in a kind of “Big Brother” confessional seat and tell all.

She clearly believes that only a kid would know that images shot on a digital camera can be uploaded onto some kind of interweb computer thingy that others can look at. She suggests that this is news to the rag trade.

Given complete rubbish to say and with such witless direction, the actors contribute uniformly the worst performances of their careers. It would be instructive to know what transvestite Izzard, for example, thinks of Law’s insulting posturing as a painted, bewigged and drooling model named Minx.

Many years ago, Yoko Ono made a picture in which she had people of all ages and stripes take their pants off and walk on a treadmill while she trained a motion picture camera on their naked bottoms. The entire film was a series of buttocks in motion, and compared to Potter’s “Rage” it was an absolute masterpiece.