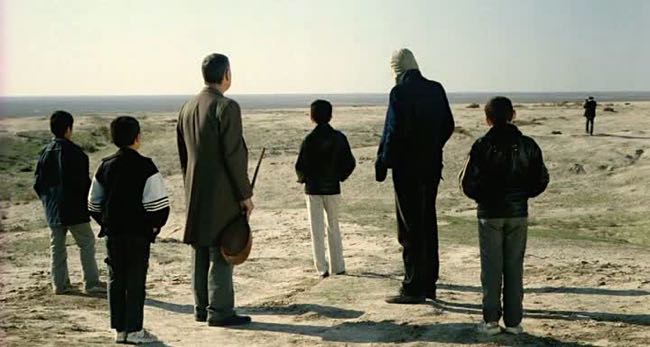 LOCARNO, Switzerland – Intended to offer a droll portrait of eccentric characters living in the northern region of Iran next to the Turkmenistan border, Babak Jalali’s “Frontier Blues” will test the patience of audiences waiting for anything significant or even amusing to happen.

The film from Caspian Films is unlikely to attract much attention beyond a small element of the festival circuit.

The personalities and lives of the four characters whose lives on the barren steppes of the region are briefly explored might have seemed amusing on the written page but fail to come to life onscreen.

One spends much of his time in bed or wandering about with a tape player blaring Western pop tunes with his donkey. His uncle runs a clothing store with items that seldom fit his few customers. Another young man works at a chicken battery listening constantly to tapes that he hopes will teach him English.

The fourth character is an aging fellow who keeps a commercial photographer engaged with staged examples of the local culture while complaining all the while about his wife who ran off 30 years earlier. It all gets tiresome quite quickly.