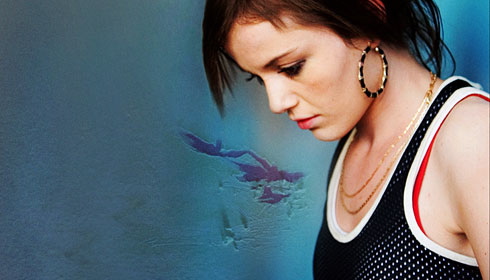 My votes had little bearing on the outcome at the London Critics’ Circle Film Awards for movies released in 2009 but there’s no argument that several winners deserved their prizes, especially “Fish Tank.” It claimed honors as best British film plus Andrea Arnold as best British director, Michael Fassbender as best British supporting actor and Katie Jarvis, as best young performer for her outstanding job as an angry and confused teenager.

Arnold and Fassbender had my vote but I picked Jane Campion’s beautiful “Bright Star” as best British film and wanted to draw attention to young performer Bill Milner as Ian Dury’s son in “Sex & Drugs & Rock & Roll.” I thought Katie Jarvis deserved the best British actress award. The film is out on DVD now and due on Blu-ray on March 22 from Artificial Eye.

Others in which the majority of the Critics’ Circle agreed with me were “Moon” director Duncan Jones as breakthrough British filmmaker and Kathryn Bigelow as best director for “The Hurt Locker.”

Niels Arestrup and Tahar Rahim in best film 'A Prophet'

Jacques Audiard’s French prison drama “A Prophet” was named film of the year whereas I had chosen Jason Reitman’s “Up In the Air” and voted for Audiard’s film in the foreign-language category, which was won by Swedish vampire film “Let the Right One In”.

My votes cut no ice for George Clooney as best actor for “Up In the Air,” Abbie Cornish as best actress for “Bright Star,” Andy Serkis as best British actor for “Sex & Drugs & Rock & Roll,” Kierston Wareing for best supporting actress for “Fish Tank,” and Thomas Bidegain and Jacques Audiard for the screenwriting award for “A Prophet.”

I voted for Francis Ford Coppola’s 1980 classic “Apocalypse Now” and it was duly named the best of the Critics’ Circle’s film winners over the last 30 years. I was still at the Berlin International Film Festival when the awards were handed out on Thursday. Quentin Tarantino picked up the Dilys Powell Award for outstanding achievement, but I wasn’t asked about that.

Here’s The Guardian’s report on the London Critics’ Circle 2009 Awards with all the winners plus my review of ‘Fish Tank’  and more about the film at Artificial Eye. Here’s more about ‘A Prophet’