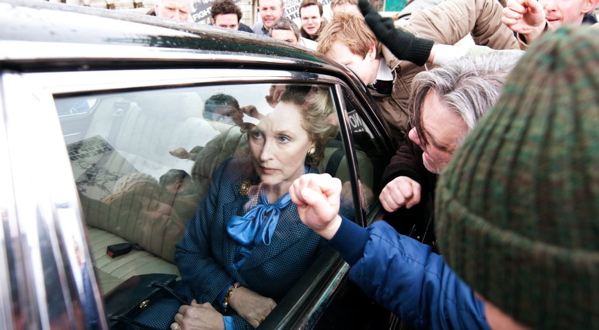 LONDON – Like lawyers for the defence with their clients, actors do not ask if the characters they play are guilty or not, they seek only to give a good account of them.

Meryl Streep cannot be blamed for her wish to find humanity in the character of Margaret Thatcher and it’s not really her fault that it goes missing in “The Iron Lady”.

Streep’s gift for mimicry is equal to the task along with the right makeup, prosthetics and lighting, but it’s not a gripping performance. The film is a dull and undistinguished attempt at iconography that reveals little of a politician who became adored and reviled in equal measure.

Screenwriter Abi Morgan has made a peculiar decision to spend a good third of the film in speculative and quite dubious scenes that show Thatcher as a doddering and delusional old woman.

Given the cut and thrust of political, social and cultural life during her time in politics, not to mention strikes, military conflict and the end of the Cold War, the writer should have found lots more to chew on. Many events are rushed through and the Falklands conflict is employed to depict her as a doughty and resolute heir to Churchill as opposed to just another politico in need of a war.

The roughness around the edges of “Mamma Mia!” was among its pleasures but director Phyllida Lloyd’s latest film is similarly shoddy to no good effect. The main problem is the script, which attempts to present Thatcher in the manner of “Norma Rae” or “Made In Dagenham”, which were about women who fought in a man’s world.

British politics was and remains overwhelming a man’s world but the UK’s first female prime minister carried anything but a banner for feminism. The film establishes her as the daughter of a grocer but makes him an outsider as opposed to the successful owner of two shops, a strict Methodist, and an alderman and town mayor.

It is not mentioned that Thatcher’s degree at Oxford was in chemistry, which helps to explain her detached focus on detail, nor does it note that before she entered politics she earned a law degree.

The film does not mention that the man she married, Denis Thatcher was a millionaire 10 years older than she and that he paid for her law studies and financed her political campaigns. Her late husband is seen in the film in scenes of Thatcher’s hallucinations and Jim Broadbent plays him as the cheery old boy from the lampoons in Private Eye. As his wife pursues her career, the film doesn’t mention that he kept his Rolls Royce in a garage so as not to make voters resentful.

Key moments in Thatcher’s career are sketched in flashbacks and there are many scenes of her with a stout and superior air as she is harangued by political opponents and threatened in her car by protestors. Streep gets her monotonous voice pretty well but while there’s a scene of her being taught not to screech so much, nothing is said about how her pronunciation became so excruciatingly posh.

None of the men who were colleagues, supporters or opponents are given anything memorable to say, and her encounters with Ronald Reagan, of which a great deal was made at the time, are summed up in a brief dance clip.

Naïve and without ambition, “The Iron Lady” will annoy devotees who will hate to see her portrayed in her dotage and irritate those who regard her as an unfeeling snob who caused a great deal of misery and harm. Those who oppose her are made to appear like bullies.

The attempt to burnish her feminist aura simply fails. In “The Social Network”, Mark Zuckerberg’s girlfriend tells him that his lack of success with women is not because he’s a computer genius, it’s because he’s an asshole. The same could be said about Margaret Thatcher. It’s not because she’s a woman.