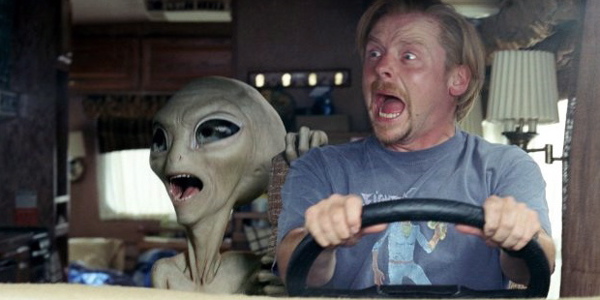 The British Video Association has produced a report called “Ready To Face The Future” with case studies of titles such as “Paul”, “Senna” and “The Inbetweeners Movie” that show one half of feature film revenue comes from video.

Sales of video entertainment on DVD, Blu-ray and digital formats are the single biggest revenue source for the production of film and television drama in the UK, the report said.

The BVA said that its latest data, a year on from the Oxford Economics study it commissioned, reveals that “in a rapidly evolving market, video revenues remain critical to British film and television production”.

From sources that include Oxford Economics, Kantar Worldpanel, the Official Chart Company, IHS Screen Digest and the BVA, the report said that video entertainment spending in 2011 was £2.3 billion compared to £1.1 billion on cinema admissions. Cable and satellite subscriptions earned £6.9 billion and the BBC Licence Fee generated £3.8 billion while £1.5 billion was spent on videogames software with £0.8 billion on music.

The report used new case studies from recent British films including Universal’s “Paul” (pictured) and “Senna” and 4DVD’s “The Inbetweeners Movie”to highlight the significance of the video industry, which supports directly the creativity, skills and employment in the UK’s audiovisual sector.

It includes data from Kantar Worldpanel’s Entertainment Panel that shows physical discs still account for 88% of consumer entertainment spending. It also underlines the importance of measures to combat copyright theft and what the BVA said is the potential threat to the future health of the video entertainment market from proposed changes in copyright policy.

Universal Pictures International Entertainment President Eddie Cunningham said the BVA report shows that video continues to be a critical part of the film industry’s ecosystem and a significant driver of revenue. “Working Title’s “Paul” and “Senna” are two great examples of British filmmaking at its best, and the revenue generated from video – more than 60% coming from home entertainment on these titles – is hugely important in helping British producers like Working Title re-invest back into production and continue to create great films,” Cunningham said.

4DVD Head David Root said that the success of “The Inbetweeners” TV series on DVD meant that Channel 4 could fund the feature film with the confidence that it would see a return on its investment. “Without this, millions of ‘Inbetweeners’ fans might not have been able to enjoy their exploits on the big screen,” he said.

BVA Director General Lavinia Carey noted that digital technologies have led to rapid and dynamic changes in the audiovisual industry along with huge challenges and opportunities. She said the report showed that the creative sector relies heavily on video entertainment to generate returns on investment in film and TV production.

Carey said, “It is vital, therefore, that additional uncertainty is not introduced into the sector by simplistic copyright policy changes or hesitancy in enforcing copyright law while our industry evolves, offering more innovative digital services alongside the ever-popular DVD and Blu-ray Disc while maintaining the quality in video entertainment that is so widely enjoyed by British audiences.”