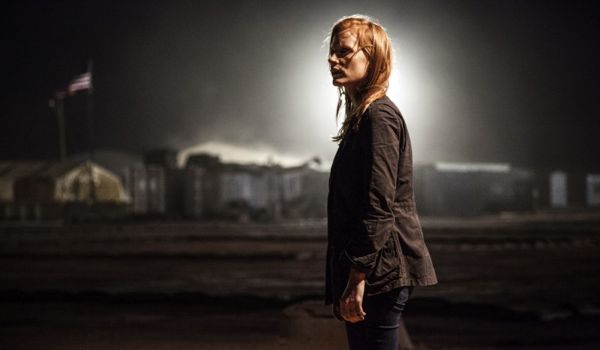 Kathryn Bigelow’s taut and exciting “Zero Dark Thirty” tells how a single-minded CIA officer drove the decade-long hunt for Osama Bin Laden and does not stop for politics or personal lives. Unlike Ben Affleck’s CIA film “Argo”, it does not cater to the audience with anything crowd-pleasing, it simply tells the gripping and thoroughly scary story of how a super-power goes about the elimination of its declared No. 1 enemy.

Jessica Chastain is terrific as agent Maya, who is propelled into the hunt for the Al Qaeda leader following the events known as 9/11 and becomes convinced that only she has the will to sort through a maze of intelligence to find her target. Writer Mark Boal, who won Academy Awards for original screenplay and as a producer of fellow double Oscar-winner winner Bigelow’s 2008 picture “The Hurt Locker”, has turned his in-depth reporting into a story remarkable for its cool detachment.

There is only one point of view, and that is Maya’s. If she captures and kills Bin Laden, that can only be a good thing. She watches coolly as the victims of extreme rendition are tortured extensively by another CIA agent, Dan (Jason Clarke), who goes blithely from his cruel work to have a jocular cigarette outside, then gets back to work.

Maya must follow endless leads over many years with sources good, bad and irresponsible and suffer condescending, rude and unhelpful superior officers as she follows her own instincts. As time passes, there are more horrible bombings in Saudi Arabia, London and Karachi, and one that takes out unwary CIA agents.

Maya perseveres and the film follows her as permission is given at last for the well-known stealth raid by a squad of Navy SEALS on Bin Laden’s hideaway in Pakistan.

There is a sense of dread throughout as the film depicts the shadowy and fearful paths Maya must take on her slow but dedicated path. The climax, filmed at length, is harrowing in the extreme because the likable and thoroughly professional men on the raid are equipped with an astonishing array of weaponry and approach their duty, with good reason, as if they will fly into the teeth of hell.

There’s no suggestion in the film that torture leads directly to the information Maya needs, Bigelow and Boal show simply that it took place. They also show that torturer Dan later is promoted to a desk job in Washington and presumably on track for promotion. They leave to the imagination what sensibility he might bring to future decision-making.

Maya is depicted as a workaholic loner with no home life who finds it difficult even to warm up to another dedicated but friendly operative played by the always excellent Jennifer Ehle. The film shows the toll that her singular quest takes on Maya and Chastain leaves no doubt that the agent is so fixated that when the deed is done, she is left bereft and without direction.

The cast of men play a resolute mix of those who salute and those who are saluted and Edgar Ramirez (“Carlos”) stands out as an agent prepared to back Maya’s gambles. Cinematography and production design keep the film rooted in plausible documentary mode and composer Alexander Desplat adds the right ethnic touches to his score.

The true merit of the film is in the way that writer and director create and sustain incredible suspense for a story in which everyone knows the outcome. They do that by staying fixed on the view that Bin Laden is a dangerous monster surrounded by fanatics and for even skilled and well-armed warriors, the raid would be a nightmare. As we know, they ended up killing an old man and some family members, which the film’s cold eye observes without comment.