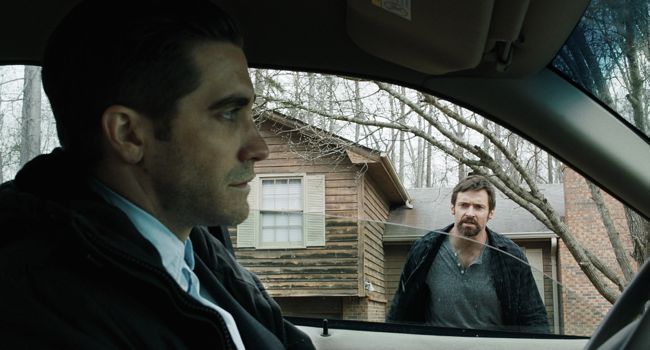 Jake Gyllenhaal and Hugh Jackman star in ‘Prisoners’, which opens in the UK on Sept. 27.

TORONTO – The positive reviews of Canadian director Denis Villeneuve’s second film, a police procedural titled “Prisoners”, are a puzzle since “Criminal Minds” has done this stuff better week in and week out on TV for a decade.

Two young girls go missing on Thanksgiving Day in a small Pennsylvania community and the film spends 153 minutes in the murk as the story plays out. Hugh Jackman plays one of the fathers, Keller Dover, established in the first scene as a survivalist who never saw a deer he didn’t shoot, with Jake Gyllenhaal as the dedicated but troubled Detective Loki, established in his first scene as a cop who never met a case he couldn’t solve.

Gyllenhaal acts as if he wonders where all the good scripts went after “Brokeback Mountain” and “Zodiac” while Jackman still has a case of “Les Misérables” as he pitches his performance to the back row. There’s a constant fear that he will burst into song. Not for one moment is any of the cast plausible except for poor Paul Dano, who takes a beating well.

Expert cinematographer Roger Deakins captures the rainswept suburb and nearby woods dutifully as a simple young man named Alex James (Dano), who was seen in the neighbourhood in a camper, is apprehended quickly.

When Loki releases James on the grounds that there is no evidence and the young man appears to lack the intellectual capacity to plan a kidnapping, Dover takes the law into his own hands. He captures the lad, ties him up and beats him brutally.

Dover’s temper increases as Loki drives about slowly in the rain with a serial killer on his mind and a possible new suspect. There is the sense that it will end with an arbitrary villain and there will be a chase. Johann Johannsson’s workmanlike score strikes every obvious note but it’s difficult to care and such is the lack of tension in a supposed thriller that terminal boredom sets in around the half-way mark.