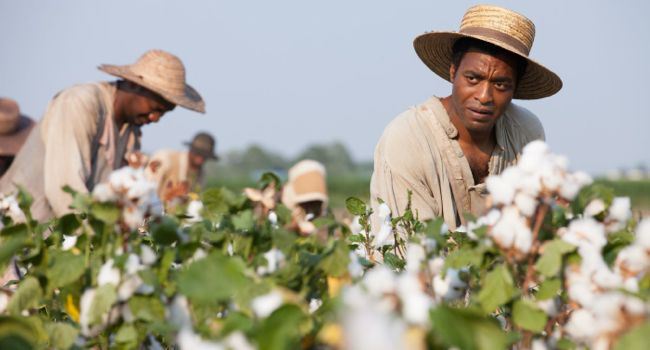 TORONTO – Of three major films at the Toronto International Film Festival that deal with slavery – “12 Years a Slave”, “The Railway Man” and “Philomena” – it’s no surprise that the most gripping is the one that is the most angry.

Steve McQueen’s “12 Years a Slave” spits blood and spills a good deal more in its depiction of a 19th century free black man who was kidnapped and enslaved on southern plantations for more than a decade after the importation of slaves was made illegal but before the US Civil War.

The misery visited upon central characters in “The Railway Man” and “Philomena” is not much less but the difference between these two and “12 Years a Slave” is that they deal in forgiveness while the McQueen film does not.

Forgiveness is nobler but far more difficult to render persuasively on film and while “The Railway Man” tries hard with fine performances by Colin Firth and Nicole Kidman, “Philomena” is merely trite.

Chiwetel Ejiofor stars in “12 Years a Slave” as a middle-class musician in a small town in New York State who lives a contented life with his wife and two children. That all ends when he is inveigled to Washington D.C., where the slave trade remains active, and he is stolen away to Louisiana where he is sold into the bewildering horror of life as a slave. 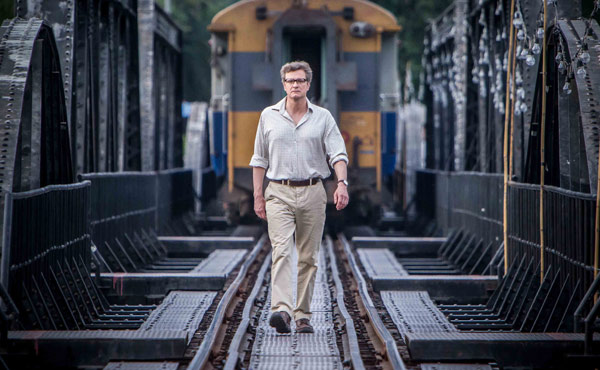 McQueen spares no punches and many scenes of brutality are hard to take, not least those that involve a pretty young slave girl (Lupita Nyong’o), whose owner (Michael Fassbender) is obsessed with her.

Benedict Cumberbatch plays a somewhat kinder slave owner, if there can be such a thing, and Brad Pitt, who is one of the producers, has a small role as a Canadian carpenter horrified by what he sees in the US South.

Ejiofor does a fine job although McQueen has him stare into space longer and more often than seems necessary. Fassbender makes a stab at a Louisiana accent at first but then lapses wisely into generic Southern. One of the achievements of the film is that thanks to Sean Bobbitt’s cinematography and composer Hans Zimmer’s understated score, the vileness of the behaviour on the plantations is heightened because the settings appear so idyllic.

Clearer context would be welcome and one of the flaws of the film is that the rabid slave owners and plantation staff are one dimensional. Fassbender’s character quotes scripture to back his brutality but McQueen does not trouble to explore the pathology of his malignant ignorance. Nor does he wonder why the man is so self-destructive. He’s not rich and he needs his slaves desperately to be productive in picking cotton but he whips them by day and exhausts them by having them dance for his entertainment by night. 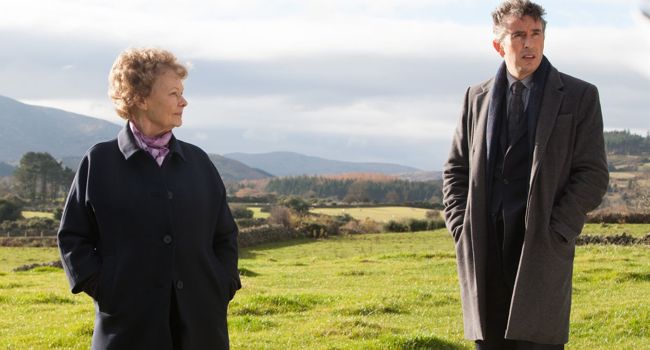 Judi Dench, Steve Coogan in ‘Philomena’, due on Blu-ray and DVD in the UK on March 24.

The villains in “The Railway Man” are the Japanese soldiers whose treatment of Allied prisoners at work on the Burma-Siam railway in World War II is unspeakable. The film is based on a remarkable memoir by Eric Lomax – played by Colin Firth – who suffers mentally and emotionally for decades until he discovers that one of his tormentors (Hiroyuki Sanada) is still alive. In the film, his wife (Kidman) encourages him to go to Japan to seek a resolution to his pain.

Flashbacks show Jeremy Irvine as the young railway-loving Lomax as he undergoes the inhumane treatment visited on the abject prisoners. Lomax goes with the intention that he will kill the Japanese man but the whole point of his book and the film is that he finds forgiveness to be the best cure. There is much to admire in the film but it lacks urgency and spark and the tale simply rolls along.

Judi Dench stars in “Philomena” as a plain Irish woman whose child out of wedlock was taken away from her when she was held against her will in a convent for almost four years when she was young. Fifty years later, a snooty journalist (Steve Coogan) helps her look for her son. In fabricated scenes, it becomes a road movie for Dench and Coogan as they dust off class jibes and talk about religion and the meaning of life. It’s all quite dull, especially when compared to Peter Mullan’s furious and outstanding film “The Magdalene Sisters” (2002) on the same topic.

The slave-owners in “12 Years a Slave” and the Japanese soldiers in “The Railway Man” view their victims as sub-human while the nuns in “Philomena” view theirs as having abandoned God. All three are equally hateful but while the men in khaki and the women in black are deluded by fear and a pious devotion to a higher power, in McQueen’s film there’s no rational explanation for the bigots in blood. The film would be better for a stab at that.