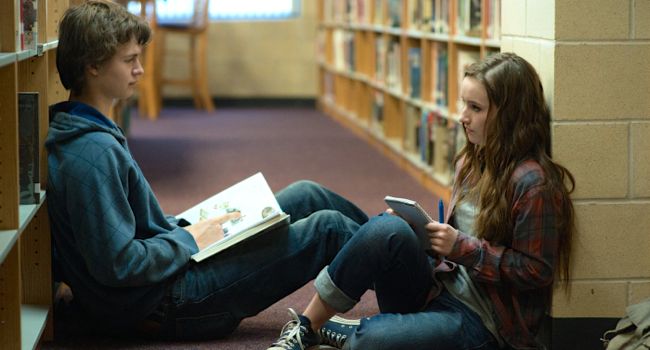 Jason Reitman’s disdainful anthropological film “Men, Women & Children” looks at a small American town and sees only simple-minded, sex-obsessed parents and children who have never heard one word about the marvels of the internet, only its scuzzy side.

Book-ended with shots of the Voyager spacecraft, a narration delivered by Emma Thompson references Carl Sagan’s “Pale Blue Dot” with its reminder of Earth’s tiny place in the scheme of things.

Kaitlyn Dever and Ansel Elgort (pictured above) play more or less normal kids but even they retreat to online games while all the parents treat the internet as a foreign place with a language they do not understand.

As one of the parents, Jennifer Garner looks like a severe schoolmarm from an old western except she uses any amount of spy gadgets to monitor her daughter.

Spike Jonze’s recent “Her” had much to say about how we deal with the development of computers but with its superior attitude and narrow focus Reitman’s film adds nothing to the conversation.