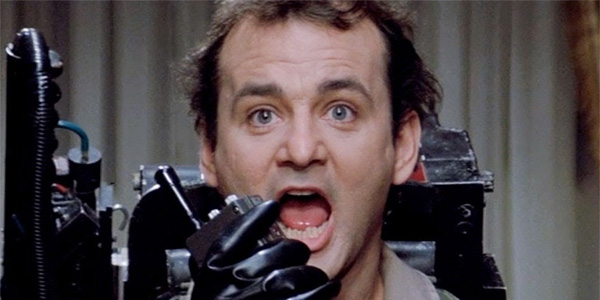 I had a bone to pick with Bill Murray. It was 1990, and all the rebellious early comedians on “Saturday Night Live” appeared to have lost their way. From radical satire they’d moved to mainstream comedy and sappy dramas. They were no longer subversive and they had let a generation down.

Murray said, “I feel the same thing about other people. There are people that have a responsibility to me that aren’t living up to it. If I ever see them in traffic, I’m gonna bump into them.”

He did not, however, disagree. I’d met him first at the Park Plaza in New York on a junket for “Ghostbusters’ in 1984. After a series of round-table interviews fellow Toronto writers Ron Base and Jerry Gladman joined me in the Oak Room for a drink. When a waiter arrived with a tray of Golden Cadillac cocktails, we explained that we had not ordered them and he pointed to a raised area adjacent to us where Murray was doing a one-on-one interview. “You need to drink two,” he said. We ordered the same for him “from the Canadians” and the surprising thing was that six years later he recalled the incident.

We were in a hotel room in the Bel Age Hotel in Beverly Hills for an extended interview and photo shoot in advance of the release of his film “Quick Change”. Murray admired the Erté prints on the walls: “I might just waltz a couple of these right out of here.”

He spoke at length about the film, a crime comedy he co-directed with Howard Franklin, and then I brought up my complaint. I cited the SNL alumni’s recent output: Chevy Chase in “Funny Farm”, Gilda Radner in “The Woman in Red”, Jane Curtin in TV’s “Kate & Allie”, Eddie Murphy in “Coming to America”, Dan Ackroyd in “Driving Miss Daisy” and Murray in “The Razor’s Edge”.

Murray said, “People wish that the ‘Saturday Night’ guys and girls did as well in movies as they did on TV but the two things are very different. You can’t compare TV to movies any more than theatre to TV. It’s not the same event. On TV, there’s just not that much that can go wrong. In movies, there are millions of things that can go wrong.” 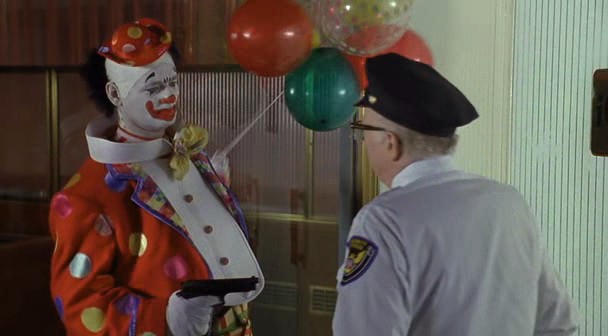 On the TV show, they did 5-minute sketches: “If we did three good 5-minute sketches in the course of a 90-minute show, people said, ‘Hey, that’s pretty good.’ If you can get ’em in the first half-hour, anyway. But you only had to be good for five minutes at a time to do something memorable. In a movie, it’s an hour and a half. It’s a different ability, different awareness, a different story sense, everything.”

Murray also cited the writers: “We had good actors, no question about it, but the writers were really great and they collaborated all the time.”

Perhaps, I suggested, a comedian’s only responsibility is to make people laugh. Murray said, “I hear that but I don’t know. It’s sort of OK, sure, but I don’t really feel that I’m able to say that because, to me, without an audience, where are you? You’re really alone.”

He agreed that a performer should be true to himself: “But I do feel there is an obligation. I don’t think it’s fair, though, to say that it has to be in movies. All those people are great, everybody was great, and not everybody’s had the same success in the movies, but so what?” 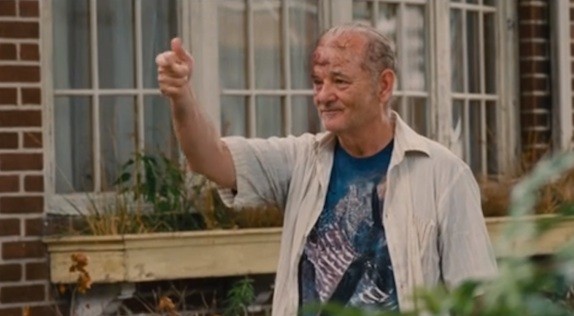 My point, I said, was that the movies were no longer counter-culture, they were mainstream. He said, “That’s true,” and he spoke passionately about the way politics had changed in the 1970s with hypocritical “sons of bitches” in Congress and good politicians who would not run against Ronald Reagan “because people wanted an actor; they wanted a jive-ass”.

Could you say that in a movie? He said, “I think you have to but in order to make a statement in film, you’ve got to be able to make film. If people say, ‘How come ‘SNL’ people haven’t chopped these people down to size?’, well they’re all pretty young, relatively. It’s just as baffling to go from the Nixon/Johnson thing into whatever the Woodstock generation was all about as to go from there to this Reagan/Bush business.”

Murray gave two reasons for his odd choice to make a dramatic film of W. Somerset Maugham’s “The Razor’s Edge” – the Indian locations and co-star Theresa Russell, for which it’s hard to blame him.

He made a case for “Scrooged”, his variation on the Dickens theme, that had come out in 1988: “Well, it’s a Christmas release movie so its box office potential was limited by definition. The movie opens the third week of November and Christmas has become so exhausting as an event – that’s why all the suicides occur because it’s so emotionally banging – so when it’s over people don’t want to know about it for another 12 months.”

The picture made money but Murray said he thinks it could have been different: “I think we didn’t all understand what we were about; we were in different minds, maybe. There’s some very good stuff in it and what I hear from people who saw it on cable this year, they say ‘Jeez, that wasn’t bad. That almost made it’, and I go, ‘Yeah?’ They say, ‘No, I mean, that was almost pretty good,’ and I say, ‘Well, thank you’, and they say, ‘No, I mean, no, I’m not kidding.’ ‘Scrooged’ had something to offer. It was a movie, as you say, that could have really had something to say about the state of the trickle-down world. That was the intention and to a degree it was effective.”

In 2005, I ran into Murray again in the lobby of the Hotel Residéal, where we put out The Hollywood Reporter festival dailies. He was in the lobby with filmmaker Jim Jarmusch waiting to do interviews for their picture “Broken Flowers”, which won that year’s Grand Prix.

Over the decades since “Quick Change”, Murray has become one of the most delightfully subversive elements in all kinds of terrific films by great directors such as Jarmusch, Sofia Coppola, Roger Michell, George Clooney, and especially Wes Anderson.

He greeted me warmly and as we shook hands I offered him an apology for my accusation back in 1990 and thanked him for all his work since. It’s always hard to tell with actors but he smiled and said, “No, you were right.”