When Maggie Smith called me a horrible man 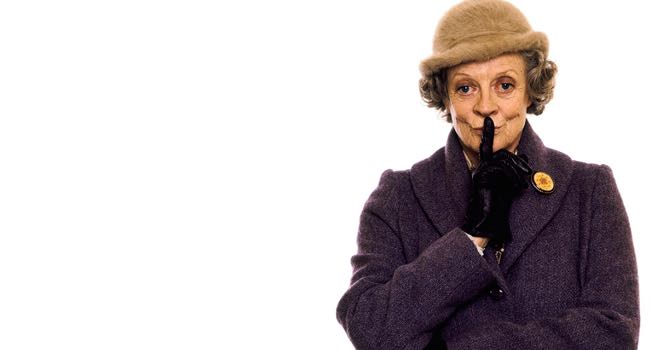 To meet a movie actor you admire can sometimes be a disappointment but Maggie Smith, whose 80th birthday salute is coming to an end at the BFI, was exactly how I hoped she would be. She told me off and swept away.

It was at a black-tie Bafta party in London in 2001. I had invited former “Dallas” star Linda Gray as my guest. She was starring in the West End in “The Graduate” and I have known her since her earliest Southfork days but she had to cancel at the last minute.

So I took my old mucker Pete Cook – we went to the same school and were trainee newspapermen on the Gravesend Reporter in Kent in our youth – and he told everyone we met that he was Sue-Ellen. It being a showbiz affair, no one questioned that.

There were many big names there plus other assorted celebrities. Pete spotted Bob Holness, who hosted the British version of the game show “Blockbusters” for many years (and who would die in 2012). Pete said Holness was the most famous person to emerge from our school so we went up to introduce ourselves as old boys of Ashford Boys Grammar. He sniffed, said nothing, and turned his back on us.

Billy Connolly was a better bet. He recalled me from early Saturday mornings watching live English premier league football games at the Fox & Hounds Pub on Vineland in Studio City in the 1990s. The three of us strolled about as Connolly puffed on a big cigar and made effortlessly funny comments.

Then I spotted Maggie Smith. Pete and I went over and I introduced myself. I’d always loved her film performances (and I finally saw her onstage in Edward Albee’s “The Lady from Dubuque” at the Theatre Royal Haymarket in 2007). I said, as I usually do, “May I say hello?” and introduced myself.

Dame Maggie sipped on what possibly was not her first glass of champagne. “Ask your question!” she said. I explained that I was not working and had no question. I wished merely to thank her for all her great work over the years. “I know you have a question,” she said. “What is your question?”

I was completely unprepared so I said the first thing that came to mind: “Do you think you’ll be up for another Oscar for ‘Gosford Park’ this year?” Dame Maggie gifted me with her sternest Jean Brodie (or now Countess of Grantham) stare: “Really! Is that the best you can do?”

She swept away behind the ropes of a nearby VIP area and when she was asked if something were the matter, she said loudly: “Some horrible man from the Hollywood Reporter just asked me the most stupid question.”

She was right, of course, and I loved it. I like to think that perhaps it’s similar to the way Picasso used to scribble something on a napkin knowing that it would be valuable. Dame Maggie couldn’t give me something I could sell but she gave me a bit of her art that I can treasure. Magnificent woman!