LONDON — Christophe Honore’s “Inside Paris,” which opened in the United Kingdom May 4, is a pretentious, talkative and mercifully short discourse on self-absorption. 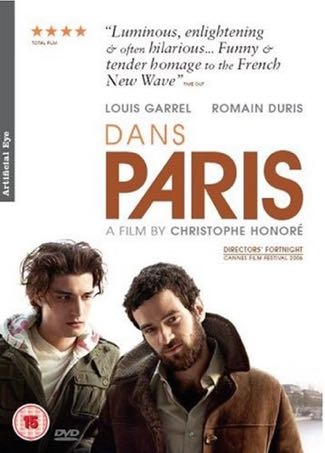 An attempt at a throwback to the New Wave, the film follows two brothers as they deal with the women in their lives in very different ways.

It begins with one of them, Jonathan (Louis Garrel), speaking directly to the camera and he acknowledges the “intolerably embarrassing odor” of doing so. But saying it does not change it, and Honore’s self-conscious script continues to sound pleased with itself throughout.

A pleasing cast and an appealing jazz score will not be enough to raise the film, which screened at last year’s Cannes sidebar Directors’ Fortnight, beyond the festival circuit.

My full review appeared in The Hollywood Reporter

This entry was posted in Film, Reviews and tagged 'Inside Paris', Christophe Honoré, Louis Garrel, Romain Duris. Bookmark the permalink.