KVIFF FILM REVIEW: ‘The Woman With a Broken Nose’ 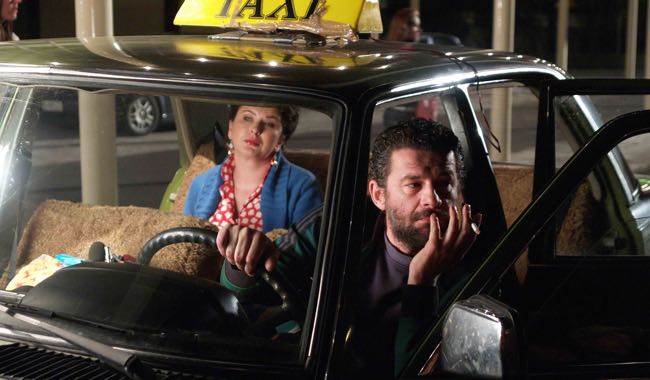 KARLOVY VARY, Czech Republic – “The Woman With a Broken Nose” tells of a woman with a bloody face who jumps out of a taxi stuck in heavy traffic in the rain and leaps from a bridge. The cabbie tries in vain to stop her and only when he returns to his car does he see that she has left a baby in the back seat.

Writer-director Srdan Koljevic has delivered an artful and wise little picture with unexpected turns and a satisfying tone of wary optimism. It’s a pleasing urban shaggy-dog story with rainy nighttime Belgrade a gleaming backdrop as the few well-meaning characters who witness the woman’s jump stumble along with their raggedy lives.

The production could thrive in international markets with its smartly rounded tale of folks in a place that has seen great strife trying to get along, and finding a kind of unlikely good fortune despite numerous obstacles.

Nebojsa Glogovac has genuine charisma as Gavrilo, a hard-bitten Bosnian disillusioned by war and content to muddle through life driving a cab. Tempted to dump the baby at the nearest orphanage, he gives in credibly to the tug of humanity and seeks help from a hooker pal (Jasna Zalica) to take care of it while he tries to find if the mother, Zena (Nada Sargin) has survived. When he learns that she is in a coma in hospital, he determines to bring her out of it so she can take the baby off his hands.

Meanwhile, two women who were in nearby cars on the bridge, Biljana (Branka Katic) and Anica (Anica Dobra) and who have troubles of their own, become friends.

As Gavrilo becomes more involved with Zena, who turns out to have a sinister boyfriend, their lives all entwine again as they are required to give evidence to the police. More by luck than good judgment, their individual stories play out with appealing intelligence.

A lively mix of rock tracks combines with Mario Schneider’s atmospheric music to underscore cinematographer Goran Volarevic’s evocative images in a savvy tale of a big city at night.