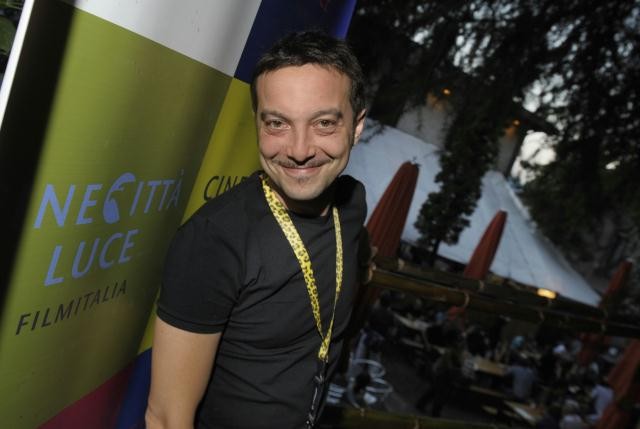 LOCARNO, Switzerland – Daniele Gaglianone’s “Pietro” tells of a slightly brain damaged man whose heroin addict brother involves him with bullies and criminals until one day he snaps and things get very nasty.

Pietro Casella (pictured) gives a poignant performance as a man surrounded by people who either order him about or make fun of him, but writer and director Gaglianone leaves too many holes in the story and allows most of the other players to over-act unconvincingly.

Casella’s performance might gain the film attention but its lack of a satisfying background to the unpleasant events that take place offscreen suggest it won’t gain much traction outside Italy.

Francesco Lattarula plays the stoner sibling who likes nothing more than to take Pietro to his favorite bar and have him do impressions and make funny faces. His friends egg on the unfortunate man and react uproariously even though Pietro’s behavior is thoroughly humiliating and hideously unfunny.

The brother and his cohorts all scream and laugh and yell a lot without making any sense. It’s as if the filmmaker bothered only with the central character and left the others to get along as best they could.

The troubled man makes a kind of living delivers fliers for another bully who barely pays him and mistreats his other employees. The film follows Pietro as he goes diligently about his deliveries but there’s no attempt to draw any significance from his work.

After the worm turns and the violence is over, Pietro speaks quietly to the camera and relates how he came to be this way. The film then just peters out with no resolution, offering little by way of insight or purpose.