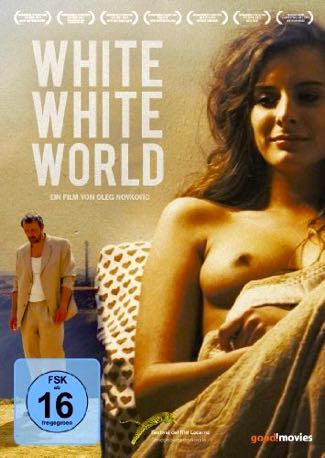 LOCARNO, Switzerland – There are several mournful songs in Serbian director Oleg Novkovic’s “White White World” (Beli Beli Svet) and they seem to emerge from the melancholy Balkan soul of its array of defeated characters struggling to find love and meaning in life.

With a screenplay by noted Serbian playwright and poet Milena Markovich, Novkovich’s tale is what he describes as “a miner’s opera” set among men and women whose damaged lives reflect the poisoned remnants of a decaying mining town called Bor in southeast Serbia.

Most of the characters turn to song in order to let out otherwise inexpressible emotions but it is nothing like the way people used to burst into a number in old musicals. Serbian classical composer Boris Kovac provides the songs in a slow Balkan tango beat that echoes the polluted environment and lovelorn mood.

The film’s depiction of bruised people trying to get by in a ruined industrial wasteland and it’s sense of battered pride and worldly regret should find a place in art houses and attract awards attention at festivals.

Uliks Fehmiu plays an ex-miner known as King, who runs a local bar and does pretty much as he pleases. This includes having sex with a wild young beauty named Rosa (Hana Selimovic) whose mother Ruzicka (Jasna Djruicic) is a former lover who just got out of prison.

Ruzicka had served time for killing her husband after he found out she was cheating with King, and although she has a loyal suitor in the hapless Whitie (Boris Isakovic), she still carries a torch for King, who behaves as though he can take or leave anyone.

Rosa pursues King but also dallies with a druggie named Tiger (Marko Janketic) and his heroin-addict sister Dara (Millica Mihajlovic). They all suffer, and sooner or later, they all get to sing.

The tension mounts when Rosa announces that she’s pregnant and there will be bloodshed before Novkovic wraps up his tale with a chorus of miners singing in sad harmony beside a quarry.

The faces of the accomplished cast in close-up and the jagged industrial beauty of the deteriorating city in wide shots clash vividly in Miladin Golakovic’s cinematography. They get under the skin along with the many melodic but haunting laments.