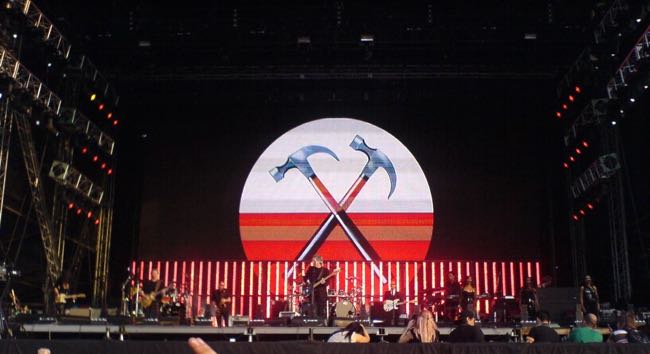 LONDON – Roger Waters might have been the intellectual head of the Hard Rock Cafe’s Hyde Park Calling festival on Saturday night, with a meticulously thunderous set, but the Who were clearly the heart on Sunday night with a warm and raucous performance.

Carried out in blazing sunshine on both days, the well-organised event featured two stages with several acts that led up to the headliners including Texas, Starsailor, Razorlight and the Zutons.

Waters looked healthy and in remarkably good spirits Saturday night as he pushed his band’s huge sound through what was probably the best speaker system Hyde Park has ever experienced.

The centerpiece was an extraordinarily faithful rendition of the Pink Floyd album “Dark Side of the Moon” in its entirety with that band’s drummer, Nick Mason, on hand for added verisimilitude and Waters regular Dave Kilminster on guitar.

The performance held some 60,000 enraptured with its immaculate precision and powerful imagery. All the strange sounds from the album blared out across the park with bells and the noise of trains accompanying spectacular visuals.

In the first set, Waters paid tribute to Pink Floyd’s long-lost hero Syd Barrett with video footage to back a terrific delivery of “Shine On You Crazy Diamond” followed by an even more exhilarating job on “Set the Controls for the Heart of the Sun.”

On the 90th anniversary of the start of the World War One Battle of the Somme, Waters clearly had war on his mind and his inclusion of “Southampton Dock” and “Fletcher Memorial Home” from the album “The Final Cut” spoke volumes. Backed by gripping video images, Waters lambasted Bush and Blair over Iraq and performed a new anti-war anthem, “Leaving Beirut”.

After concluding “Eclipse” just as the sun went down at the end of his second set, Waters pleased the crowd even more by ripping into “Another Brick in the Wall” and “Bring the Boys Back Home” before he ended with “Comfortably Numb”. 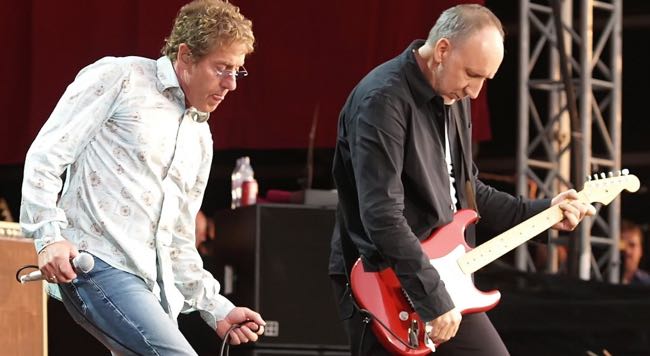 On Sunday night, Pete Townshend and Roger Daltrey were in sparkling form and looking for fun as they bounded into “Can’t Explain” while images of their young selves along with their late 1960s bandmates Keith Moon and John Entwhistle flashed on the huge screens around them.

“Seeker” and “Who Are You” flashed by and then “Behind Blue Eyes”, as a genial Townshend urged the audience to buy Limp Bizkit’s version too so he would collect more cash. “Real Goodlooking Boy” led into a song titled “Bargain” from their upcoming album. It lacked familiarity but boasted the usual Townshend quality.

The songwriter sat with an acoustic guitar for what he called “my Donovan spot” with some odds and ends from various albums. Daltrey introduced another new song, “Mike Post’s Theme”, with witty references to the TV shows Post has scored, and then came a scintillating delivery of “Baba O’Riley.”

More classics were included – “The Kids Are Alright”, “My Generation” and “Won’t Get Fooled Again” – with the best from “Tommy” saved for the encore. Townshend’s playing was sensational with all the familiar moves and Daltrey was in excellent voice.

Daltrey had said earlier that it was great to see so many young fans who appreciated the Who’s music and when “Pinball Wizard” roared across the park, every voice, young and old, joined in to prove it.