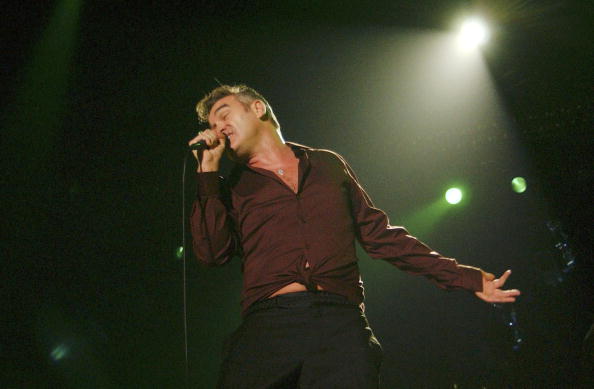 LONDON – The town crier of angst, former Smiths front man Morrissey filled the capacious Alexandra Palace for the first London concert of his current tour Monday, but he looked too bored, tanned and well fed to sing persuasively about how rotten the world is.

Having disappeared for a long stretch, Morrissey has returned to a warm welcome from loyal fans if no one else. His new Sanctuary album, “Ringleader of the Tormentors”, reached No. 1 on the U.K. charts but it came and went quickly.

The crowd Monday gave him a lukewarm reaction and it’s no wonder as his performance was sullen and dispirited. “For what you are about to receive, may you be truly sorry” was the first thing he said onstage.

Professionally speaking, Morrissey is what’s known in England as “a miserable git” and his songs complain a great deal about life’s little ups and downs, especially death. You could call it whining, and you’d be right.

His songs have a callow sensibility and they’re delivered in melodramatic tones that only emphasize how vacuous they are. Most of the songs from the new album were featured in the set and proved indistinguishable being driven by three guitars and percussion while Morrissey had left his charisma at home.

The occasional Smiths song (“Still Ill”, “Girlfriend in a Coma”, “How Soon is Now?”) roused the crowd a little but it took a brief keyboard rendition of the old English wartime ditty “Maybe It’s because I’m a Londoner” to spark a sing-along.

There’s something off-putting about seeing a comfortably upholstered middle-aged man singing a song titled “Life Is a Pig Sty” when it’s quite evident which little piggy ate the roast beef.

This entry was posted in Music, Reviews and tagged Alexandra Palace, Morrissey. Bookmark the permalink.