Art meets science in space at the Natural History Museum

LONDON – The Natural History Museum’s exhibition “Otherworlds: Visions of Our Solar System”, on show now through May 15, is as good as a movie as it takes visitors on a journey through space with spectacular still images and clever dialogue, and it even has a terrific score by Brian Eno.

New York-based photographer and designer Michael Benson uses photographs and data provided by the National Aeronautical and Space Administration (NASA) in the U.S. and the European Space Agency (ESA) to render 77 images of breath-taking beauty. 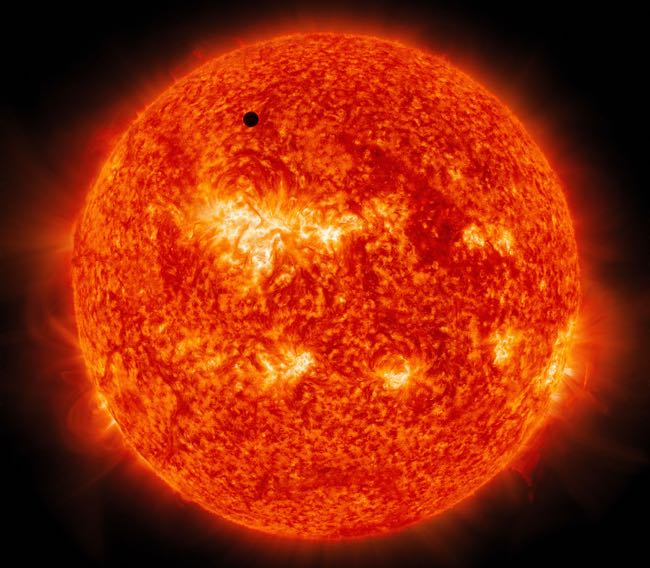 Staged by a team of NHM scientists led by Mars specialist Joseph Michalski, the exhibition combines hard science with extraordinary artistic vision. From Earth to the moon, to the sun, all the planets and assorted other moons, asteroids and meteorites, the journey provides a unique view of space exploration in a collection of landscapes and views of the solar system.

The free audio commentary is not the typical flat description but a series of lively and informative conversations between the group of scientists that are not only instructive and insightful but also humanise the images on show. They make the case persuasively that space exploration is essential if mankind is ever to discover how life on Earth came to be.

Even with the talking, Brian Eno’s ethereal tones may still be heard clearly as they embellish the silent world of space in an imaginatively haunting fashion. 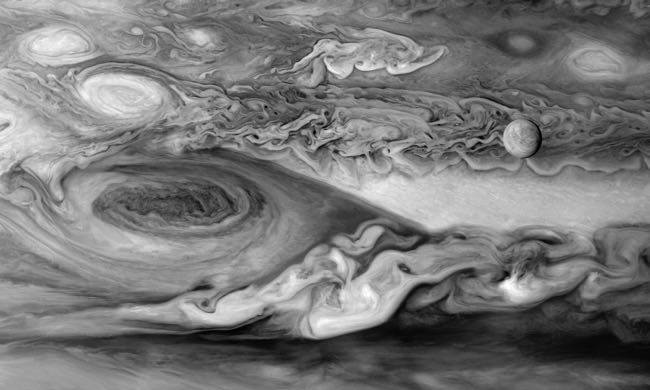 The exhibition is a splendid reminder that the NHM, along with London’s other brilliant museums, is not a fusty repository of artefacts but a living, breathing organism where some 300 scientists are the dynamo of important and potentially life-changing research.

“Otherworlds” is not only for students of science or fans of space travel, however, it is a glorious display of places none of us will ever see, from an extraordinary image of a crescent Earth and its crescent moon to the fiery blasts of plasma on the sun (top) as Mercury passes by to Jupiter (above) – where its moon Europa can be seen on the right with the Great Red Spot to the left  where a vast cyclonic storm has raged for 348 years – to a sunset on Mars that looks much like Earth except that the sun is so far away and small, to the “broiling hell” of Venus and the gorgeous rings of Saturn (below) as the small dark dot that is its moon Mimas transits the planet.

Some images were obtained by the U.S. Voyager, which Michalski says might be the most important vessel in history as not only did it send back an enormous amount of otherwise unobtainable data but also it is the only human invention so far that will outlast Earth. Other images came from the U.S. New Horizons spacecraft, which  flew by Pluto for the first time.

Benson compiled the images on show from multiple images and used a computer to create mosaics from multiple frames. Michalski says the exhibition is as much an art exhibition as a technical display, and he’s right: “We hope that those who appreciate art will discover the science and that the art will be a pleasant surprise for those who come for the science.”

“Otherworlds: Visions of Our Solar System” runs at the Natural History Museum through May 15. The audio system works through mobile phones and ear-buds are on sale for £1.50. There also is a short film in which Benson and Michalski discuss their work.