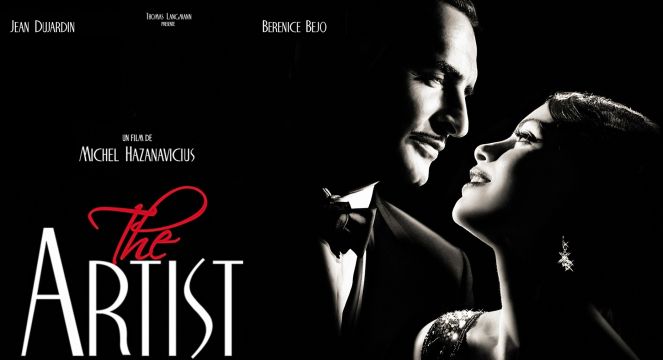 CANNES – The champagne flowed like the old days at the 64th annual Festival de Cannes as the venerable film extravaganza drew filmmakers and stars, and lots of buyers and sellers doing business.

Harvey Weinstein said it was the best Festival de Cannes in 25 years and the trade papers reported a very busy Marché du Film. The Weinstein Co. got into the buying and selling fray along with a raft of indies such as Artificial Eye, Eureka, Kaleidoscope, Metrodome, Pathe, Soda Pictures and Windmill Lane.

The Daily Telegraph’s David Gritten declared: “No matter by what criteria you choose to judge it, this has been a good Cannes — a festival with confidence, glamour, conspicuous wealth and a spring in its step. In the market … the dealing was frantic. Films have been bought and sold with a zest not seen on the Croisette in three years or more. If we’re still in the midst of a global recession, clearly a lot of people in Cannes failed to receive that memo.”

Critics were mixed on the 2011 films available. The Hollywood Reporter’s Todd McCarthy wrote: “Even if there were a number of very fine films, the 2011 festival arguably did not yield any absolute knockouts. The more elaborate works from the heavyweights in the competition — Terrence Malick, Lars von Trier, Pedro Almodovar, Paolo Sorrentino, Nuri Bilge Ceylan — were among the more contentiously debated, provoking reactions across the full spectrum of critical opinion.”

But The Guardian’s Peter Bradshaw was inclined to agree with Weinstein. “He could be right. I can’t quite remember a festival in which there was a film that I loved, simply loved, as much as Michel Hazanavicius’s ‘The Artist’: that sounds gushing, I know, but it’s the truth. I admired ‘Tree Of Life’ very much and believe it to be a thoroughly deserving winner, but in my heart I wanted ‘The Artist’ to win.”

Little surprise that the Weinstein Co. snapped up UK and US rights to “The Artist”. Frenchman Jean Dujardin won the festival award as best actor for the black-and-white film as a silent-era Hollywood movie star faced suddenly with talking pictures. John Goodman, Malcolm McDowell and Penelope Ann Miller co-star in the film, directed by French filmmaker Michel Hazanavicius, who directed Dujardin in the spoofs “OSS 117: Cairo, Nest Of Spies” and “OSS 117: Lost In Rio”. There is no word yet on a UK release for the film, which The Telegraph critic said has “pure effervescence that gives crowd pleasing a good name”.

A UK release of Summit International’s “The Tree Of Life”, which won the Palme d’Or, also is unclear. It had a limited release via Fox Searchlight in the US but Icon Films, which had been set to handle distribution, said in April that it had no plans to release the film here. The latest from American cult film director Terrence Malick, the allegorical epic stars Brad Pitt and Jessica Chastain with Sean Penn. Meanwhile, film companies were very active doing business. Voltage CEO told The Hollywood Reporter: “It’s a great market because the buyers are happy and the sellers are happy.”

EuropaCorp’s sci-fi thriller “Lock Out”, starring Guy Pearce, and Pressman’s “The Moth Diaries”, produced in partnership with Samson Films, Mediabiz and Strada Films, are among the titles involved.

The British Film Institute announced that Chairman Greg Dyke has appointed Tom Hooper — Oscar-winning best director for “The King’s Speech” — to the body’s board of governors. The BFI board, which includes Film4 Head Tessa Ross and Warner Bros. Entertainment UK President and Managing Director Josh Berger, will develop a new strategy as it takes on most of the funding duties handled previously by the UK Film Council.

Artificial Eye acquired rights to two films now in production by filmmakers who have won the Festival de Cannes’ Palme d’Or — “Amour” by Michael Haneke (“The White Ribbon”) and “Foxfire” by Laurent Cantet (“The Class”). “Amour” tells of two retired classical music teachers (Jean-Louis Trintignant and Emmanuelle Riva) whose lives change when the woman suffers a stroke. Isabelle Huppert and William Shimell co-star. Based on the Joyce Carol Oates novel of the same title, “Foxfire” deals with a group of five rebellious female teenagers determined to break away from their male-dominated culture in upstate New York in 1953.

Soda Pictures picked up from sales company the Match Factory UK rights to Danish director Joachim Trier’s Norwegian film “Oslo, 31 August”, which screened in the Un Certain Regard sidebar at this year’s Festival de Cannes. The film, Trier’s first since “Reprise” in 2007, tells of a man who must confront his past as well as his future when he emerges from a stint in rehab. Soda Pictures Managing Director Edward Fletcher said: “It’s particularly satisfying to acquire one’s favourite film from Cannes. Trier’s second feature confirms his status as a major new talent.”

Soda said it also acquired from the Match Factory during Cannes rights to Andres Veiel’s “If Not Us, Who?” plus Sundance documentary “The Black Power Mix Tape” from WIDE and Baran bo Odar’s crime thriller “The Silence” from Bavaria Film International.

Metrodome acquired three Fox International films screened at the Festival de Cannes for release in the UK and Eire including “Everybody Has A Plan” starring Viggo Mortensen from the producing team that made best foreign language Oscar winner “The Secret In Their Eyes”. Mortensen plays a man who assumes his dead brother’s identity with dangerous consequences in the film that marks the feature debut of writer and director Ana Piterbarg.

The other films are Mexican action drama “Miss Bala”, which screened in the Un Certain Regard sidebar, and a thriller set in Bogota titled “Bunker”.

Metrodome also picked up from Trustnordisk UK and Ireland rights to Petter Naess’ “Comrade”, a wartime drama set in Norway starring Rupert Grint and David Kross (“The Reader”), and Nicolaj Arcel’s “A Royal Affair”, about a young queen’s illicit relationship with the doctor who treats her mad king starring Mads Mikkelsen. Eureka acquired the Japanese film “Guilty Of Romance” for UK theatres in September and DVD in October plus “Harakiri”, “Sword Of Doom”, and the documentary “A Man Vanishes” also from Japan and “The Yellow Sea” from South Korea.