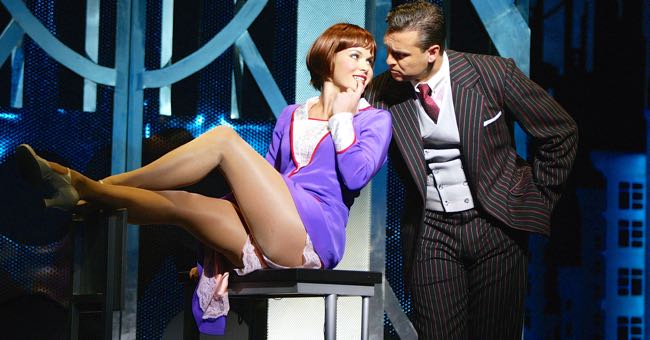 LONDON – A clutch of Tony Awards doesn’t always mean that a Broadway show will win over British audiences but “Thoroughly Modern Millie”, which won six including best musical, has succeeded where “City of Angels”, “Grand Hotel”, “Ragtime” and many others failed.

The shows origins were inauspicious – George Roy Hill’s bulky and unwieldy 1967 comedy starring Julie Andrews and Mary Tyler Moore. Elmer Bernstein won an Oscar for his score to the picture but there weren’t many songs aside from James Van Heusen and Sammy Cahn’s toe-tapping title tune.

New songs for the stage version by Dick Scanlan and Jeanine Tesori aren’t really in the same league but they are bright and peppy and serve the story well, making for light-as-a-feather entertainment.

The story, with book by Richard Morris and Scanlan, is a piece of fluff typical of the form, wherein Kansas-girl Millie arrives in Manhattan in the Roaring Twenties determined to find a rich husband but ends up falling in love with a likable loser. Naturally, there’s a twist in the tale. 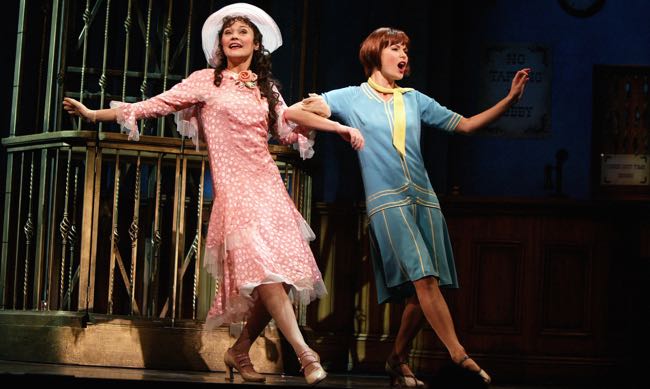 It’s not a show that you think should work as it appears to be constructed from bits and pieces of other shows but it succeeds thanks to David Gallo’s sensational Art Deco design, spectacular choreography by Rob Ashford, quicksilver direction by Michael Mayer and some splendid talent onstage, especially Amanda Holden in the title role.

Holden (pictured top with Craig Urbani) is a British television star making her first West End splash as a leading lady and she proves she’s the genuine all-singing, all-dancing article when she’s so good-looking she could probably just stand there. Big-screen cameras will adore her.

Surrounding Holden are an accomplished troupe who not only display the polish of seasoned performers but share her delight in making it all seem fresh and new. Veteran Maureen Lipman gets into the spirit of things with a lively, if corny, take on the New York hotel manager who dabbles in delivering gullible young girls to the Chinese slave trade.

There is much mugging in pigeon-Chinese with two Chinese performers (Unku and Yo Santhaveesuk) in for good measure but while at first blush the joke is a bit thin, it proves irresistible by the time the three burst out in a heavily accented version of “Mammy”.

Helen Baker (pictured above with Holden) is a sprightly partner in Millie’s adventures and Craig Urbani, as the rich object of Millie’s attentions, and Mark McGee, as the poor boy who falls for her, are both skillful performers with Urbani displaying a particularly droll touch.

There are several outstanding numbers that use the full cast and the breadth of the stage including one in which Millie and her fellow stenographers sit at moveable desks, typing and tap-dancing furiously while the boss dictates a hugely complicated memo. Such showstoppers bring out the best in the whole company and make it difficult to leave the theatre without a smile.