Why Wilder and Brooks stopped making films together 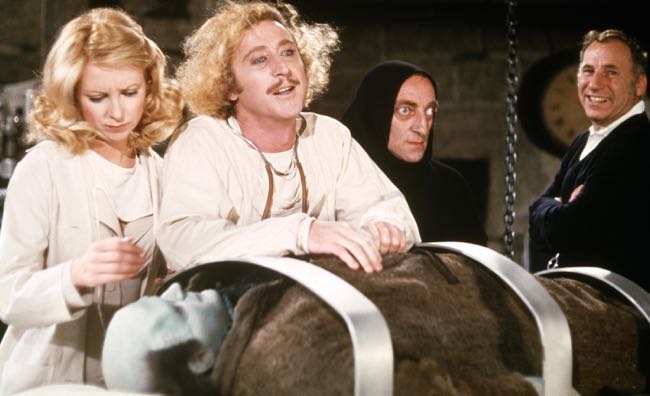 LONDON – Gene Wilder and Mel Brooks made three films together and each one is regarded as a comedy classic. Neither man achieved the same degree of success on his own but Wilder, who died Monday aged 83, was quite clear about why they stopped.

It was because Mel Brooks decided he wanted to be a movie star. At the New York junket for “The Woman in Red” (pictured below with Gilda Radner and Kelly Le Brock) in 1984, Wilder was asked if he planned to work with Brooks again and he said, “Yes. I will. I want to. But not when’s acting in the movie. When he’s willing to just direct and we both write, that’s when I’ll do it.” 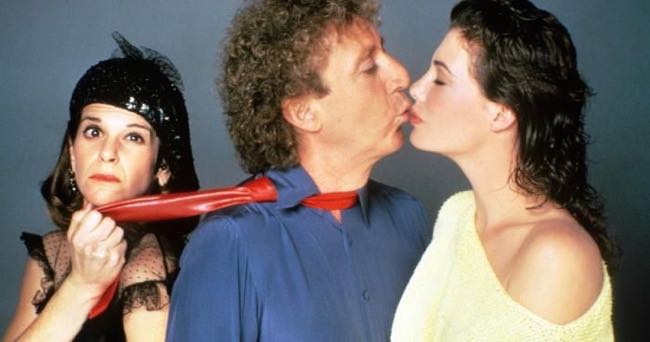 “It’s not my task to make judgments but he says, honestly, that he’s not an actor, he’s a performer. Correct. But he wants to look as good as possible, to do what he does best so the scripts are written for what he can do. So long as the scripts are written for what Mel Brooks can do as a performer, he’s taking my part away. He’s going to play it. What he did before was say ‘No holds barred. I’ll write anything I can dream up because Gene will play it.’ But now he’s going to play it, there’s no room for me. There’s no need for me. It’s not as if, ‘Well, why don’t you both be in it?’ because I’m usually the protagonist and now he’s the protagonist in his movies. The scripts wouldn’t be the same.”

Wilder, who always spoke thoughtfully and articulately, agreed that it was Brooks who had seen in him the ability to hold in emotions and then suddenly explode, as he did in “The Producers” (pictured with Zero Mostel below). It was a trait that began in his childhood, Wilder said” “When I was young, my mother had a heart condition. The doctor told my father, sister and me, ‘Don’t get angry with her because you could kill her. So I didn’t get angry. I kept it all in. There are certain times when a boy should know that he can yell and scream and it isn’t going to kill his mother. But twice a year, like clockwork, I would have an explosion where all six months of poison would come out. When I explode in those moments, as in ‘The Producers’, it was never that it was squeezed out but finally the flood gates would open. I had the right to explode on stage or in film as big as I want. I could use all those old feelings, old restrictions. I didn’t write it out or plan it that way but because of ‘The Producers’, really, when Mel said, this is a perfect part for you, I realised that was part of my makeup. It’s still there but not the same way. I’m not such a frightened little sheep that Mel still thinks I am.” 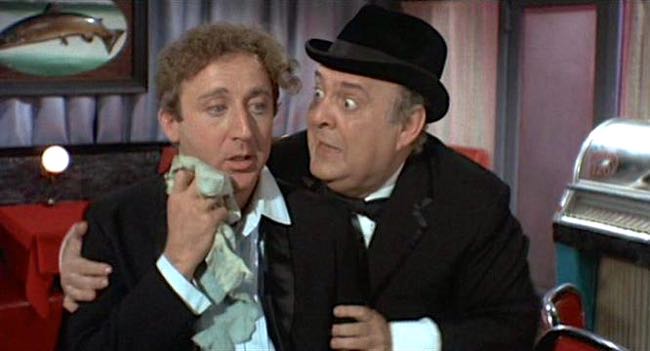 Asked if he was still in analysis, Wilder said no but he had been at a critical time in his life from around 26 to 32: “But I wouldn’t hesitate, nor have I, when I have a problem that I’m noodling with too much. If it’s a very serious thing and I don’t want to do something destructive, I think I need to talk this out with someone. Not with someone who’s smarter than me but someone who could see where I might be not emotionally clear of what my motives were. So I call up someone whom I trust, a psychiatrist, I call up my old analyst and talk on the phone. I wouldn’t hesitate to do that. If you have a broken arm, to say, ‘Well, I’ll heal it myself, it’s silly, I don’t want to go to a doctor’ everyone would laugh and say why don’t you go to a doctor and get it set? If it’s emotional, people think [and he whispers] ‘He’s seeing a therapist’.”

He agreed that there is often a connection between actors and emotional difficulties: “When we performing artists are very little, we’re just like everyone else but in my opinion there’s a crack somewhere. It’s like when a grain of sand gets into an oyster. It irritates. There’s a crack somewhere that we feel inadequate, we try to make up for some terrible pain, we’re not accepted. So we turn to different things. The performing artist turns to performing. If we’re not getting love, not getting acceptance by our peer groups, we do something funny and people say, ‘Hey, you want to come to the house tonight?’ All of a sudden, we’re accepted. Then starts this terrible paradox where we’re doing the comedy as a secondary route to what we couldn’t get from our original personalities. Alice Miller wrote a book called ‘The Problems of the Gifted Child’. The whole point of her book was that the gifted child originally just wanted to be accepted as a human being before they even knew what that meant but something went wrong so they turned to their art, fortunately for the world. Sometimes, when it’s not an artistic inclination, they turn to trying to rule the world.

“I think there’s an original fissure, a crack somewhere, and we do something and someone hugs us and we say that feels good and we want more. We just want more of it. Later on, with a little luck it turns into something healthy and it becomes your profession. I don’t think you’d find many actors who would disagree, especially comics, with the premise that some sadness, some pain in their early life caused them to turn to comedy to gain acceptance so they wouldn’t be looked upon as a freak. If you’re going to be a freak, then let it be a freak that people laugh at rather than be shocked.”