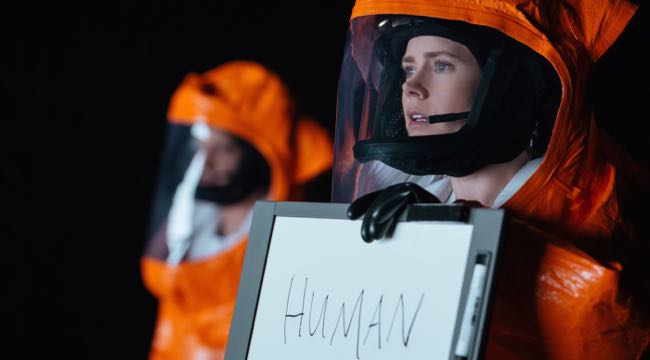 TORONTO – Science-fiction movies that threaten to depict creatures from outer-space generally leave me cold but Denis Villeneuve’s “Arrival” presents a plausible “what if?” grounded in a contemplative question for humankind with another standout performance by Amy Adams.

The key issue in the film is the question of time and how it is experienced and understood. Suspenseful, thought-provoking and very entertaining, the film has standout contributions from cinematographer Bradford Young and composer Jóhann Jóhannsson.

Adams plays a brilliant professor of comparative linguistics named Louise Brooks, who lives a quiet, lonely life haunted by the death from cancer of her teenaged daughter many years earlier. 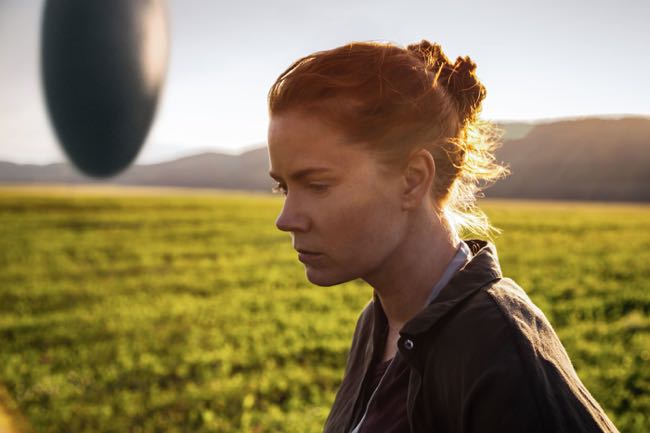 She grapples with memories including a life-changing incident in which she was called upon to seek to communicate with extra-terrestrial beings who land in 12 spots on earth in oval, saucer-like spacecraft that stand on end so that from two sides they resemble eggs.

Governments around the globe attempt to restrain panic as military authorities everywhere go into overdrive to try to figure out what whoever has landed wants. Of course, they instinctively fear the worst and as attempts to communicate fail, the more warlike among them prepare to fight.

Louise is called in when a huge U.S. Army helicopter lands near her remote water-side home and a tough colonel (Forest Whitaker) demands that she drop everything in order to try to talk to the aliens.

While city folk make plans to evacuate to somewhere, anywhere, the site of the U.S. landing has become a tourist attraction despite intense security arrangements. Louise dons a hazardous material suit and along with a cocky physicist (Jeremy Renner) and guards she enters the spacecraft via a tall, narrow entrance that they must ascend on a lift until they cross into an area with no gravity so they may reach a platform at the top.

There, in a hazy gloom, appear creatures shaped like squid whose tentacles emit a solution that turns into figures and shapes that Louise must try to interpret. Only when she risks clear danger and appeals to the creatures as a human being rather than a scientist does she make headway.

Meanwhile, tension at other sites escalates and the U.S. authorities, led by a CIA man played by Michael Stuhlbarg, threaten to close down the attempts to talk and start shooting. Louise insists that she be allowed to continue and her attempts reveal as much about her and life on earth as it does about the aliens. The break-through, when it comes, causes a revelation that Louise interprets as the possible salvation of humankind.

Adams, who wears no makeup and looks the least glamorous she could possibly be, conveys the linguist’s thought processes so clearly that she renders fanciful notions credible and dubious hypotheses possible. Whitaker is typically forceful and Renner is fine although he doesn’t really have much to do. It’s Adams’s show.

Production designer Patrice Vermette and the visual effects team make the spacecraft a claustrophobic place of imminent danger even as the strange creatures appear to strive to communicate. Jóhan Jóhannsson’s score is vital to the success of the picture with a mix of electronic sounds and cues orchestrated and conducted by Anthony Weeden.

“Arrival” will screen at BFI London Film Festival on Oct. 10