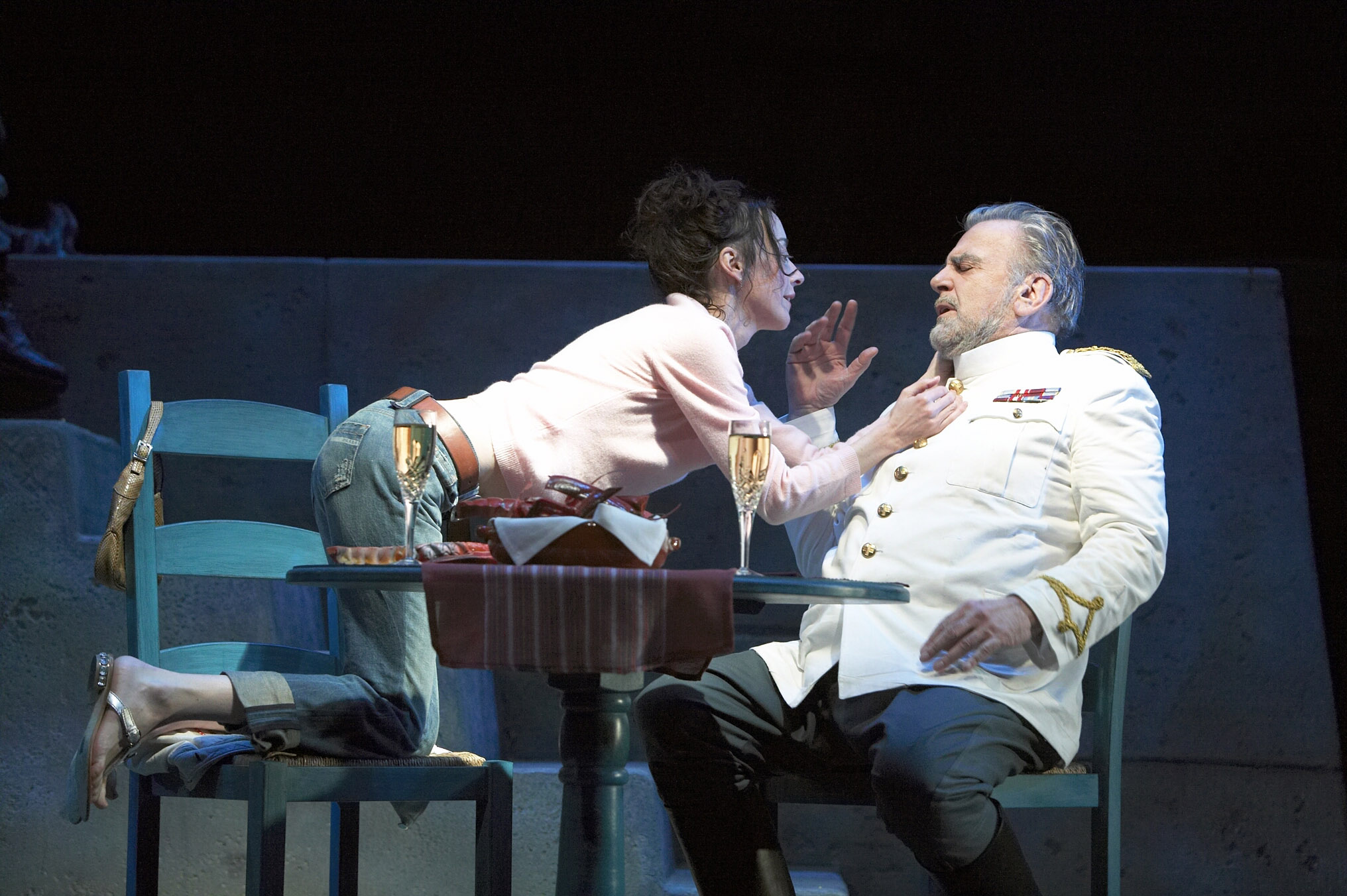 LONDON – Still full of mischief after all these years, maverick director Robert Altman’s iconoclastic touch does wonders for Arthur Miller’s last play, “Resurrection Blues,” a clunky political satire that is having virtually its world premiere at the Old Vic.

Oscar-winning actor Maximilian Schell (pictured top with Jane Adams and below with James Fox) has a ball playing a batty old dictator in an unnamed, corrupt and poverty-stricken Latin American country who decides to crucify a much-loved rebel, who says he’s the son of God, and sell the event for worldwide television. 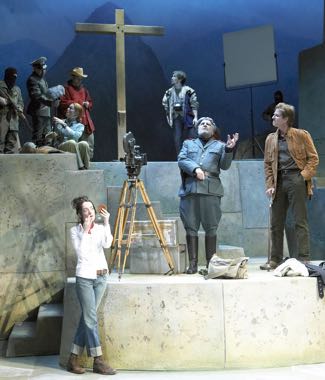 Stars from Altman films – Neve Campbell (“The Company”), Jane Adams (“Kanas City”) and Matthew Modine (“Short Cuts”) – join James Fox (“Charlie and the Chocolate Factory”) in the main roles as an American TV advertising crew descends on the dictator’s bunker in the mountainous nation to film the crucifixion.

An early version of the play was produced in 2002 at the Guthrie Theater, Minneapolis, but Miller did a substantial rewrite and knew of Altman’s planned production when he died in 2005.

While one of the greatest dramatists of the 20th century, Miller wasn’t known for a lot of humor in his plays and so “Resurrection Blues” marks what he no doubt intended as a sting in the tail of his exceptional career.

Lampooning politics and the media is something that Altman knows all about and its hard to think of another director who could have mined so many ironic laughs from what is a fairly labored piece of work.

Schell’s dictator is a terrific invention, a pantomime Pinochet whose taste for authoritarian rule is tempered by his need for a good dentist and visits to see his analyst in Miami. He’s also impotent, so when TV director Emily (Adams) decides she’ll go to bed with him if he’ll let the rebel go, it’s not an easy decision.

Producer Cheeseboro (Modine), having paid a fortune for the rights to the crucifixion, is keen for the execution to take place while guilt-ridden rich man Henri Schultz (Fox) argues that killing the rebel will cause chaos and his suicidal daughter Jeanine (Campbell) sees the rebel as a Christ figure.

The play makes a good stab at confronting issues such as fundamentalist religion, pious socialism, and crass commercialism but without Altman’s gift for being a professional smart ass, it would probably fall flat.

Altman was at the Old Vic for opening night and he flies to Los Angeles Friday to be at Sunday’s Academy Awards presentation where he will receive a long overdue Oscar.