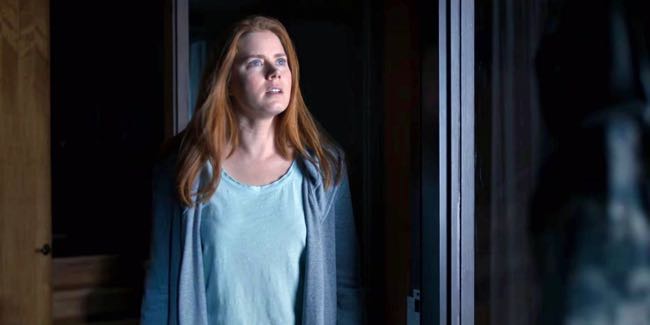 In a year that has featured many fine films with splendid performances by women, the movie I enjoyed the most was Denis Villeneuve’s “Arrival” starring Amy Adams (pictured).

In my review from the Toronto International Film Festival, I said: “Science-fiction movies that threaten to depict creatures from outer-space generally leave me cold but Denis Villeneuve’s “Arrival” presents a plausible “what if?” grounded in a contemplative question for humankind with another standout performance by Amy Adams.

“Adams, who wears no makeup and looks the least glamorous she could possibly be, conveys the linguist’s thought processes so clearly that she renders fanciful notions credible and dubious hypotheses possible.”

There were many others throughout the year including Kate Beckinsale in the excellent Jane Austen adaptation “Love and Friendship”, Emily Blunt in “The Girl on the Train”, Helen Mirren in the suspenseful drone drama “Eye in the Sky”, Meryl Streep as the caterwauling “Florence Foster Jenskins”, Annette Bening as a wise mother in “Twentieth Century Women” and the cast of NASA tale “Hidden Figures”. Not to mention Felicity Jones catapulted to major stardom in “Rogue One”.

Not a golden year, perhaps, but (while several titles are still to be released) not a bad one either.

Manchester By the Sea

The Girl on the Train