As he turns 80, ten Jack Nicholson films you should see 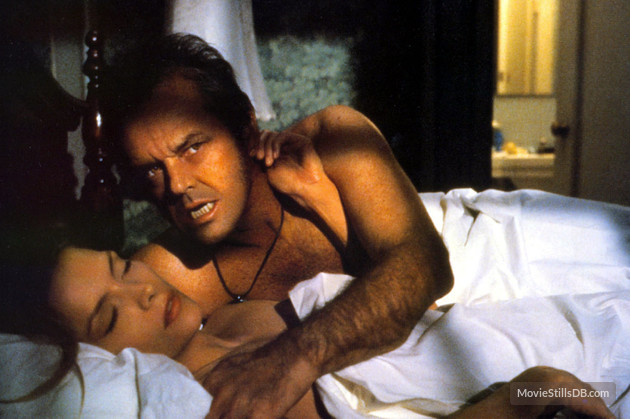 LONDON – Three-time Academy Award-winner Jack Nicholson, who turns 80 today, hasn’t had a leading role in a film since Rob Reiner’s ‘The Bucket List with Morgan Freeman’ in 2007 but his classic pictures remain treasures.

The range of his films confirms that but he also made some very canny deals. While other top stars boasted about making $20 million per picture, Nicholson smiled, took half of that number but also a big chunk of the back-end. I’ve heard that he made upwards of $50 million for playing the Joker in ‘Batman’ (1989).

There are some films, however, that made less of an impact and here are ten titles that remain worth a look.

Directed by Mike Nichols with a script by cartoonist Jules Pfeiffer, it’s a comedy with a fierce undercurrent as it follows two men, played by Nicholson and Art Garfunkle, as they pursue their dreams and fantasies about women. Candice Bergen and Ann-Margret also are terrific as two of the females involved.

Nicholson at his most reflective and subtle as a talk-show host who is inveigled by his dodgy brother (Bruce Dern) to get involved with a scam involving mobsters in Atlantic City. Directed by Bob Rafelson (“Five Easy Pieces”), it’s a great look at the Boardwalk city with a fine contribution by Ellen Burstyn.

Framed as a thriller, Michelangelo Antonioni’s film is typically complex with Nicholson as a man seeking both fight and flight as he opts to change character and identity in Africa. David Locke (Nicholson) is an English reporter educated in America who stumbles upon a story about a hidden guerrilla force. When the chance presents itself for him to pretend he is dead and assume the life of somebody else, he takes it and follows leads to Munich, London and Barcelona.  Existential and absorbing.

Underrated screwball comedy set in Hollywood in the Twenties with Nicholson and Warren Beatty as conmen who set out to cheat a flamboyant woman (Stockard Channing) out of her inheritance. Directed by Mike Nichols, the film has a great look thanks to cinematographer John A. Alonzo and production designer Richard Sylbert with uncredited music by David Shire. It’s much more entertaining than its reviews suggest.

Screwball Western that Nicholson directs as well as stars in. He plays a ne’er do well about to be hanged until a law crops up that allows any woman who owns land to claim a convict so long as he marries and works for her. Mary Steenburgen plays the woman and the pair of them have a rare old time. It’s her screen debut and John Belushi’s too. The cast includes Danny DeVito, Richard Bradford and Christopher Lloyd. The opening chase sequence is brilliant.

Penetrating drama about the U.S. Border Patrol in Texas with Californian transplant Charlie (Nicholson) and his high maintenance wife (Valerie Perrine) adjusting to the realities of life in El Paso. British director Tony Richardson takes an outsider’s view of the way corrupt cops deal with Hispanics who risk everything in search of what they think is a better life. Charlie’s life gets complicated when he tries to help a young Latina (Elphidia Carrillo) and her baby. Harvey Keitel, Shannon Wilcox and Warren Oates are in the cast and the music is by the always reliable Ry Cooder.

A very entertaining mafia movie with Nicholson as Charley Partanna, a made man who happens also to be a complete doofus. The star said he came to grips with the character only when director John Huston reminded him: “Remember, he’s stupid.” Anjelica Huston won the best supporting actress Oscar as Maerose, a far more resourceful mobster who steps in when Charley falls for a dangerous blonde specimen played by Kathleen Turner. Scripted by Richard Condon (and Janet Roach) based on his novel, it’s a riot with a score by Alex North.

Nicholson directed this contemplative sequel to “Chinatown” with a screenplay by the original film’s Robert Towne. Set following World War II in a Los Angeles much changed from the Thirties, it puts private eye Jake Gittes on the case of another Jake (Harvey Keitel), who says his wife (Meg Tilly) is bonking his partner. A set-up leads to a death and Gittes has to delve deeper as a beauty played by Madeleine Stowe complicates matters. Vilmos Zsigmond’s cinematography and music by Van Dyke Parks add to the film’s attractions.

Vastly entertaining picture that became even better when I realised that it’s not a horror film. It’s a comedy, and very funny it is too. Nicholson plays a successful but meek publisher who is fired by his boss (Christopher Plummer) after he is betrayed by a young man he has mentored (James Spader). When his car hits a wolf that bites him, things change dramatically. Michelle Pfeiffer (pictured top with Nicholson) and Eileen Atkins are splendid in a terrific yarn directed by Mike Nichols with a score by Ennio Morricone.

Alexander Payne (“Nebraska”) directs Nicholson as a cranky man in his mid-60s who, upon the death of his wife, decides to travel across the States in a trailer to see if he can prevent the wedding of his estranged daughter Jeanine (Hope Davis). A road picture with plenty of incident, it’s a showcase for the actor’s range matched by Kathy Bates, who also won an Oscar nomination.