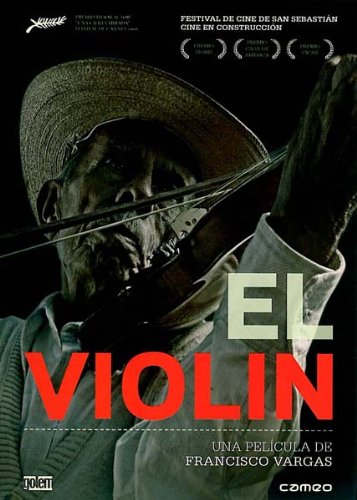 The brilliant Mexican film “El Violin”, directed by Francisco Vargas, will have a brief release in London starting today at the Renoir Cinema, one of the Curzon group, near Russell Square.

It’s really worth the effort to see it on a large screen although the Cameo Media DVD will be released in the U.K. on March 23. The film’s star, Angel Tavira, was named best actor in the Un Certain Regard sidebar at the Festival de Cannes in 2006.

This entry was posted in Film, Notes and tagged 'El Violin', Francisco Vargasm. Bookmark the permalink.