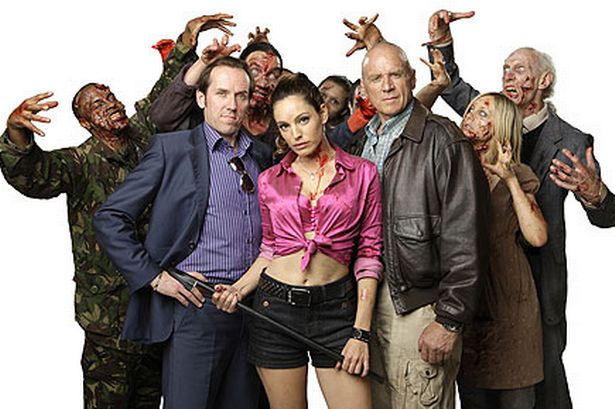 LONDON — Comedies set behind the scenes at television shows have met with varying success in the past, but Tony Jordan’s “Moving Wallpaper”/”Echo Beach” goes one step further by combining backstage antics with the finished product.

“Moving Wallpaper” is a sitcom about the people who are making a soap opera titled “Echo Beach.” The series are listed in U.K. schedules as two separate shows, but they clearly are of a piece, with setups from the first half-hour revealed in the second.

Jordan has impressive credentials as the creator of “Hustle” and co-creator of “Life on Mars,” both of which were made by this show’s producers Kudos Film & TV, which also is behind “Spooks.”

“Wallpaper” sees hotshot producer Jonathan Pope (Ben Miller) parachuted in 14 days ahead of launch to save a very somber soap opera set in a Cornish village on England’s southwest coast. One-liners fly thick and fast as Pope pays more attention to the design of his office than the show until it becomes apparent that it is on the verge of disaster.

Snapping to it, he changes the name of the soap to “Echo Beach” and orders it to be filled with glamorous people with a story line and production values designed to win British Soap Opera Awards.

He demands “wit, class and permanent erections” from sexy characters in a sultry landscape. Shot at Watergate Bay, the resulting visuals are gorgeous even if the beach parties appear to be happening in the cold.

Much will depend on whether audiences respond to the inside jokes and sly wit that spins off the sitcom into the soap opera. The two shows are very different in tone and look, but savvy viewers might well decide they make a handsome combination.