Russell Baker: a gift ‘for fooling around with words’ 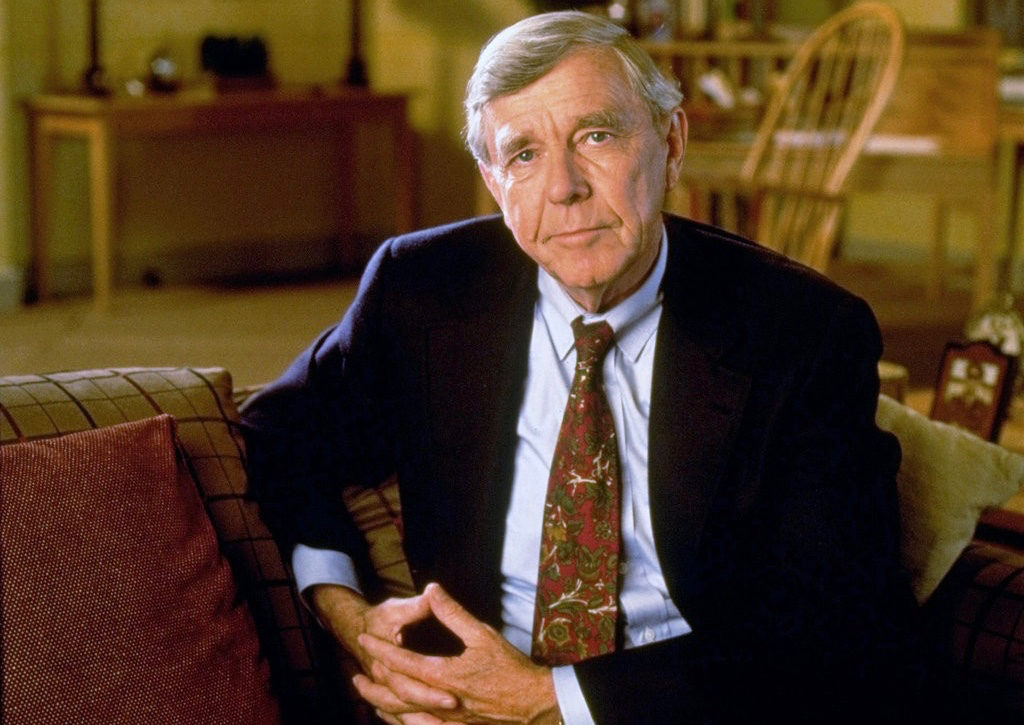 LONDON – The great New York Times columnist Russell Baker, who has died aged 93, was one of my journalistic heroes and when I interviewed him in 1989 he turned out to be everything I’d hoped. He was an old-time newspaperman who never cared about scoops.

When we spoke, he was promoting the second volume of his memoirs, ‘The Good Times’, in which he relates his early days as a police report in Baltimore, his time covering the United States Senate and his stint as a foreign correspondent in London. He was a top reporter at the New York Times in the Fifties, Sixties and Seventies covering federal politics and then a three-times a week columnist. He also succeeded Alistair Cook as host of ‘Masterpiece Theatre’ from 1993 to 2004.

“I was never interested in the hell of a big story,” he told me. “That was a nuisance to me very often. I didn’t think scoops were important. I was interested in being a story-teller. I was interested in the kind of event where if you could bring it to life for people, you could a make a story of it in the paper.  It didn’t matter to me that you were one day ahead of the opposition. It just didn’t matter. What mattered to me was telling the audience clearly what happened yesterday, making them understand it. I thought that was the real mission of journalism.”

He became known as a humorist, and he was a top-notch one. His tale of seeing a spud fall from a high rise onto a pedestrian – potato mashes man – was a classic. But he spent much of his life as a serious reporter. “Covering the Senate, I thought it was really important to make people understand why a certain piece of legislation was important and what was going on. I spent a lot of my time covering the various civil rights bills, which were going nowhere but I thought were important and people ought to know about that. The reason more people don’t care is that it’s not presented in a way than interests anybody. People don’t read it. I was interested in finding ways to get them interested.”

He bemoaned the lack of competition in newspapers in America. One of the flaws in American journalism … “and there are many” … and one that always irritated him peculiarly, he said, was the “so-called passion for what we call objective journalism. It assumes that we have tablets down from … where do tablets come from, Sinai? … wherever, every morning. You know: This is the truth! Our editors have not polluted it in any way: This is what happened! And that is a fraudulent way to come on. You get that because of the loss of competition.

“The reporter is trying to conceal what feelings he has, the judgments he’s made. It’s a terribly distorting, suppressing kind of theory to operate under. American journalists always say that they’re trying to get to the truth. Well, that’s absurd. If you want truth then go and study philosophy, why don’t you. What we’re doing is a mishmash of facts and probably getting most of them wrong. I’ve been a reporter long enough to know that you’re out there on a shoeshine and a smile a lot of the time. You’re working on three facts trying to pretend you know 10,000.”

Baker said that he wandered into journalism without any real sense of direction. “I knew very early that if I had any talent whatever it was for doing things in writing, for fooling around with words. I was terrible in science. I couldn’t become a doctor. I was not a systematic thinker. I could not become a lawyer. I had no interest whatever in business. I had very few talents but the one thing I recognised was some skill, some ability, to work with words.”

He said he wasn’t dismayed that most people had started to get most of their information from television and perhaps now he would have said the same about the internet. “Most people? It doesn’t matter, does it? I mean, in the Dark Ages a handful of monks kept civilisation alive. Those others who were all pillaging and plundering, murdering the men, raping the women, stealing the cattle, their modern counterparts are people who get their information about the world from local TV. It doesn’t matter. Civilisation is preserved and forwarded by a small number of people, and they read newspapers.”

What did matter to him, as a great believer in Anglo-Saxon as opposed to Latinate English, was the way the English language was deliberately mangled, especially in Washington, DC. “The kind of English spoke n Washington is designed to conceal your thought to often to conceal that you have no thought. Nothing is ever ‘done’, things are ‘implemented’. You don’t ‘use’ things in Washington, you ‘utilise’ them. It sounds very learned. My God, it sounds important to utilise something and then implement it. Then you finalise it. What does that mean? It doesn’t mean anything.”