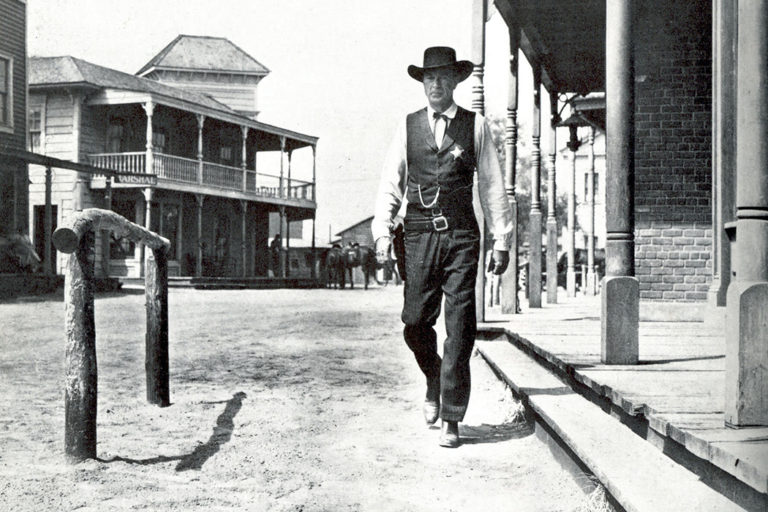 LONDON – Fred Zinnemann’s Oscar-winning 1952 western ‘High Noon’ will be released for the first time on Blu-ray Disc in the United Kingdom on Sept. 16 by Eureka Entertainment.

The 4K restoration is part of the distributor’s Masters of Cinema series with 3,000 copies featuring a 100-page book about the film and a hardbound slipcase. Regarded as a classic, ‘High Noon’ won four Academy Awards including best actor for Gary Cooper, best film editing for Elmo Williams and Harry Gerstad, best music for composer Dimitri Tiomkin, and best song for ‘High Noon (Do Not Forsake Me, Oh my Darlin’)’ by Tiomkin and Ned Washington. The film was nominated as best picture with nominations for Zinnemann as best director and Carl Foreman for best screenplay.

Writer Foreman, who was blacklisted in the Hollywood ‘red scare’, said he viewed the story of a brave lawman who finds himself alone protecting a town against invading outlaws, as an allegory about the 1950s communist witchhunt led by US Senator Joseph McCarthy. Zinnemann said he saw it as the story of individual heroism that just happened to be set in the Old West. Despite the setting, it is much more than a western; a marvellously gripping tale with great staging and fine performances.

Gregory Peck told me that he turned down the lead role of Marshal Will Kane because he had recently had a box office hit with the western ‘The Gunfighter’ and did not want to repeat himself. Peck said, “I should have done it. I’m not saying I would have been as good as Coop but it was such a great role.”

The film also is notable for a splendid cast that includes Grace Kelly, Thomas Mitchell, Lloyd Bridges, Katy Jurado, Lon Chaney Jr., Harry Morgan, Sheb Wooley and Lee Van Cleef. Cinematographer Floyd Crosby, who won an Oscar for F.W. Murnau’s 1931 film ‘Tabu: A Story of the South Seas’, shot the film in glorious black-and-white and the release screens in the original 1.37:1 aspect ratio. Production design is by Rudolph Sternad (Oscar-nominated for ‘The Talk of the Town’ [1942], ‘A Thoursand and One Nights’ [1946] and ‘Judgment at Nuremberg’ [1962].

The limited edition book in the Eureka release includes many stills and onset photos, stories about the filmmakers, the original story on which the film was based, ‘The Tin Star’ by John W. Cunningham, viewing notes and full production credits.