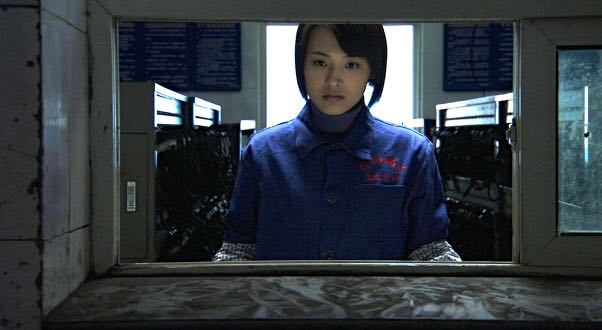 KARLOVY VARY, Czech Republic – In three bittersweet episodes, Chinese filmmaker Zhang Chi’s “The Shaft” observes the monotony and frustration of workers whose lives are defined by the coalmines that offer the only local employment.

Education alone provides the possibility of escape from the honest but hazardous work and the characters depicted grapple with their fate in various ways. While illuminating and poignant, the film lacks the cinematic originality that might win it attention beyond some festival showings.

In the first sequence, a bright young woman (Zheng Luoqian, pictured) chafes at the limited expectations offered by the mine but her ambitions make fellow workers suspect she is sleeping her way up the ladder. Her boyfriend, who accepts his lot of being a miner, fails to defend her when the jealous wife of a manager believes the false rumors. Sadly, the young woman contemplates accepting an offer of marriage from a man in the city.

Her brother, meanwhile, is not doing well enough at school to win a place at university but he is determined not to follow his father down into the mine. In the final sequence, the father is forced to retire at 60 and must come to terms with a body made weak by his job and a lifetime spent deep underground.