Hayley Atwell one to watch in ‘Mansfield Park’ 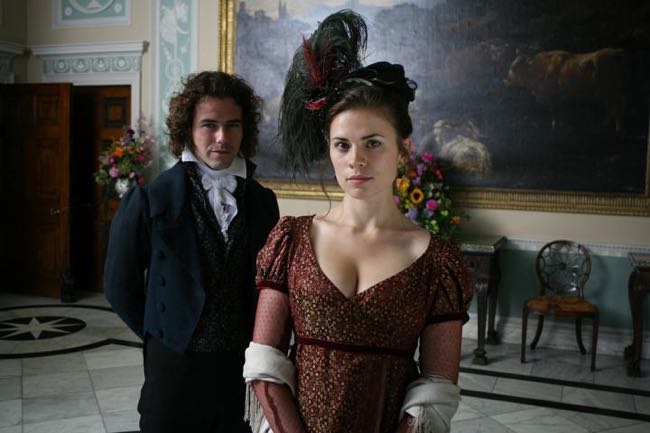 Atwell’s sly sensuality and deftly suggestive way with words help Piper enliven what is a fairly dull film. My review is below. The two of them worked together previously in “The Ruby in the Smoke,” which aired on the BBC last year and PBS in February, and Atwell played Cat Fedden in the BBC’s “The Line of Beauty”.

Definitely worth keeping an eye on, Atwell has the lead in an upcoming comedy feature film titled “How About You,” directed by Anthony Byrne. She plays a young woman working at a residential home who is left in charge of an unruly group of pensioners over the holidays. Vanessa Redgrave, Joss Ackland and Brenda Flicker costar.

By the way, ITV plans to release “Mansfield Park” on DVD in the spring while Granada International is selling the TV show around the world. That won’t do any harm at all to tourism at the glorious Newby Hall, at Ripon in North Yorkshire, the Adams House used in the film for the Bertram family home.