The Toronto International Film Festival shows the way for Q1 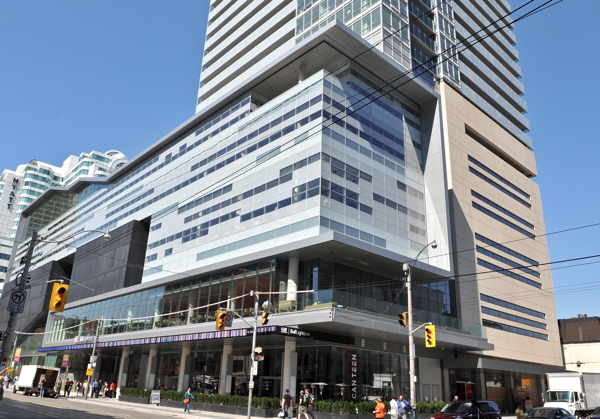 As the cost of publicity and promotion has become ever more expensive, big studios and indies know that the hoopla that surrounds major events such as the Toronto International Film Festival can have a huge payoff.

The Toronto International Film Festival (TIFF) has become the biggest movie carnival in the world with a direct and major impact on the movies released in theatres and home entertainment.

It’s a showcase for Hollywood blockbusters, independent sleepers and art-house gems alike. Each September, it kicks off the autumn release schedule not only in North America but also around the world, and it heralds the start of the all-important awards season. 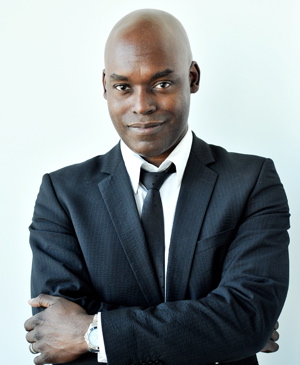 TIFF, which began in 1976 as a “festival of festivals”, treasures its role as simply a place where people can go to the movies. Co-director Cameron Bailey says: “We strive to be the leading public film festival in the world. I think that’s what makes us unique. We’re not a film festival primarily for the film industry or for the film media, although there are thousands of them here every year, but we really are a festival for an audience.”

Toronto’s moviegoing public rivals that of New York and Los Angeles in North America in attendance, sophistication and passion. The Canadian city has the best claim to be the No. 1 influence on what audiences everywhere will see in cinemas and in home entertainment over the coming months.

“The buyers who come to buy films here come because they want to see how they play in front of the Toronto audience. Journalists want to see how films perform in front of the Toronto audience and that often drives their coverage. Our most important prize is the Cadillac People’s Choice Award so it really is for film fans, for filmgoers,” Bailey says.

Clooney was there with two films, a political drama titled “The Ides Of March” that eOne will release in the UK on Oct. 28 (see Cue August 2011), and the family comedy drama “The Descendants”, which 20th Century Fox will release here theatrically on Jan. 27 (See spotlight).

Both films are set to be hugely popular with “Ides of March” also set to confirm Ryan Gosling as a major star following his well-received noir picture “Drive”, which Icon has currently in theatres. The title “The Ides of March” gives away what Clooney thinks about politics: it’s a place where people will stab you in the front. As director, star and one of the writers, Clooney delivers an engrossing drama set during a US presidential campaign but his real story is about one man’s disillusionment.

Corruption in politics no longer shocks anyone so it’s thanks to a clever script and an intelligent performance by Gosling as an idealistic campaign press secretary who has his integrity compromised that the film works so well.

Pitt was in town for his baseball picture “Moneyball”, which Sony Pictures will release in the UK on Nov. 25. “Moneyball” is very much about baseball, a traditional sports yarn about trying to beat the odds, but it is much more about family, breaking with tradition and economics, and it allows Brad Pitt to show again that he is not only a movie star but also an actor of substance.

Fans of America’s favourite pastime will like the film but you don’t need to know much about baseball to enjoy it with Pitt’s confident and engaging presence at the heart of the tale of the Oakland A’s most extraordinary season.

There were many from the British Isles in Toronto too including Michael Fassbender and Carey Mulligan with director Steve McQueen and their film “Shame” (Momentum, Jan. 13); Keira Knightley with Viggo Mortenson and Canadian director David Cronenberg with “A Dangerous Method” (Lionsgate UK, Feb. 10); Ralph Fiennes, Brian Cox Gerard Butler for “Coriolanus” (Lionsgate UK, Jan. 20), which Fiennes directed (See spotlight); Felicity Jones with Anton Yelchin and American director Drake Doremus for “Like Crazy” (Paramount, Feb. 3); and Andrea Riseborough with Abbie Cornish and Madonna for the singer’s film “W.E.” (StudioCanal, Jan. 20).

“Shame” had opened at the Venice International Film Festival where Ireland’s Fassbender (“Inglourious Basterds”, “X-Men: First Class” was named Best Actor. He plays a New York executive who is a compulsive sex addict with Carey Mulligan as his vulnerable sister, a would-be singer.

Much was made in the TIFF press coverage of the extended opening sequence of “Shame” in which Fassbender is fully naked. At the film’s festival press conference, he said, “You know, it’s pretty uncomfortable. It’s kind of embarrassing to be naked or whatnot in front of a group of people. But you’ve got to get over it, really, and just get on with it. I knew what I was getting into.”

Fassbender also stars as psychoanalyst Carl Jung in Cronenberg’s “A Dangerous Method” with Mortensen as Sigmund Freud and Knightley as a sick young Russian woman. Knightley said at the film’s TIFF press conference: “It was a very challenging role and I think that was one of the reasons why I really wanted to play her because I really didn’t know who she was. It really was a question of trying to find logic within what was perceived from the outside to be madness. As much as she knew that she was ill, there were logical reasons for the way in which she behaved.”

“Coriolanus” had debuted at the Berlin International Film Festival, where it won attention for its modern take on the Shakespeare play. Cox made it a point to praise Fiennes for his skill as a director. “I’ve worked with many directors, and he’s up there in the Top 5. His rigour and sense of discipline – the whole package is remarkable, Cox told the press.

Riseborough received acclaim for her performance as Mrs. Simpson on Madonna’s take on the Edward VIII affair but her film “W.E.” did not get great reviews. The entertainer turned film director, however, took the high view: “I welcome criticism of my film when it’s viewed as an artistic form and not when people are mentioning things about my personal life or my achievements in any other field.”

“Like Crazy” by US filmmaker Drake Doremus went to Toronto following success at the Sundance Film Festival where it won the Grand Jury Prize. Felicity Jones also won plaudits for her role as a young Englishwoman whose perfect romance with a young American played by Anton Yelchin (Chekov in the new “Star Trek”) is hampered by immigration rules.

Jones, who has fared better on stage in plays such as “Luis Miller” and “The Chalk Garden” than in her movies, “Chalet Girl”, “Cemetery Junction”, said that she enjoyed the method Drake used for the film. The cast worked from a 50-page script by the director and co-writer Ben Jones. “Actors like to play with dialogue, we like to have the freedom, and it’s wonderful to have someone who is prepared to trust their actors in that way.”

Several other performers were at TIFF to show off their films, including Glenn Close with her film “Albert Nobb”, a Roadside Productions picture. No UK distributor or release date had been confirmed at press time but the film has been tipped already for awards contention and will almost certainly reach UK screens by Q1.

It is a labour of love for the five-time Academy Award nominee who played the central role of a woman who lived and worked as a man in Victorian Ireland in an off-Broadway  stage production in 1982.

Close has tried to get a film version made ever since, and she told reporters at TIFF: “It’s a unique character and what I experienced doing it on stage … was the power of this strange story. Whoever Albert is really elicits a lot of emotion. I just decided this is one thing that I am not going to give up on, I’m not willing to go to the end of my career and say I gave up on ‘Albert Nobbs.’”

Fernando Meirelles’ “360” is another TIFF headliner without a firm Q! UK release date even though it was the opening film at the BFI London Film Festival last month. It’s a “La Ronde” style story by Peter Morgan (“The Queen”) in which unrelated characters overlap in incidents that happen in cities around the world. Rachel Weisz, Anthony Hopkins and Jude Law are the headliners although they were not on hand in Toronto for the film’s launch.

Morgan said at TIFF: “I really wanted to make something that reflects the way the world is now. Even now what I’m saying is probably being seen in another country simultaneously.” And Meirelles added: “People are connected in the whole world, but our internal feelings are the same. Nothing is new in the past 10,000 years, I think, in feelings and thinking.”

French filmmaker Michel Hazanavicius earned acclaim from critics and audiences in Toronto for his black-and-white silent picture “The Artist”, which Entertainment will release for Q1 on Dec. 30. Jean Dujardin stars as a Douglas Fairbanks-style silent movie action hero whose career fades when talking pictures are introduced in 1927. Bérénice Bejo plays a beautiful young singer and dancer who becomes a star at the same time and John Goodman plays a top movie mogul.

The film has a 92% positive rating on Rotten Tomatoes. The Miami Herald critic said: “Sends you home with your head in the clouds, intoxicated by the magic movies pull off better than any other art form.” Box Office Magazine’s Pete Hammond said: “Although a seemingly risky bet for box office success outside of small arthouse niches, the film’s charm and delight of discovery, plus its sterling international performances, could make it a breakout hit in theatres.”

Other titles set for theatres in Q1 2012 include Fox’s “The Darkest Hour” (Jan. 13) with Emile Hirsch (“Into The Wild”) in a tale of an alien invasion in Russia; Liam Neeson and Dermot Mulroney in “The Grey” (Entertainment, Jan 27) as oil workers whose plane crashes in Alaska and turns them into prey for wolves; and “Intruders” (Universal, Jan 27) with Clive Owen, Daniel Bruhl and Carice Van Houten in a horror yarn about the monsters that can lurk in a family’s bloodline.

Warner has “Extremely Loud And Incredibly Close” (Feb. 3) with Tom Hanks and Sandra Bullock in a thriller about the search for a key left by a man killed in the 9/11 attacks. Adam Sandler plays a family guy and his twin sister in the comedy “Jack And Jill” (Sony, Feb. 3). Elisabeth Olsen plays a woman who must readjust to family life after she has fled from a cult community in “Martha Marcy May Marlene” (Fox, Feb. 3). Josh Hutcherson, Dwayne Johnson and Vanessa Hudgens star in “Journey 2: The Mysterious Island” (Warner, Feb. 10) in a search for a missing grandfather (Michael Caine). Daniel Radcliffe stars in a film version of Susan Hill’s bestselling thriller “The Woman In Black” (Momentum, Feb. 10). Paramount has Charlize Theron as a divorced writer who seeks to rekindle a romance with a former love in “Young Adult” (Feb. 10). Rachel Adams plays a woman with severe memory loss whose husband (Channing Tatum) must woo all over again in “The Vow” (Sony, Feb. 10) and “Premium Rush” has Joseph Gordon-Levitt as a bicycle courier chased by a cop (Michael Shannon) throughout Manhattan, also from Sony (Feb. 17).

Reese Witherspoon, Chris Pine and Tom Hardy star in “This Means War” (Fox, Feb, 17) about top CIA agents who discover they both date the same woman.