Why Andy Griffith could never be ‘A Face In The Crowd’ 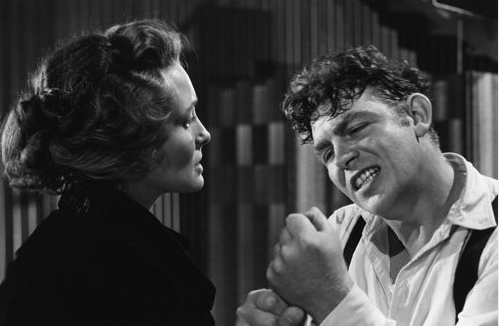 Andy Griffith made his big screen debut in Elia Kazan’s 1957 drama “A Face In The Crowd” as a charismatic media sensation named Lonesome Rhodes who exploits his sudden popularity for political gain. In the second excerpt from my 1986 interview with Griffith, I ask him if anyone had ever tried to manipulate his popularity as Andy of Mayberry in a similar way.

ANDY GRIFFITH: “First of all, I don’t think the character in ‘A Face In The Crowd’ was manipulated. He did a number on himself. He believed … there’s a line near the end, he said, ‘I am a power. I am a force.’ He believed the things that were happening to him. If anything, I go the other way. I go the other way altogether. There has never been that problem for a number of reasons. My personality does not go that way. I can be fooled for a short while but I don’t think I can be manipulated … certainly not by a man. A woman might be able to do it, but I don’t think men could do it. I don’t think so.”

With a script by Budd Schulberg and a cast that includes Patricia Neal, Anthony Franciosa, Walter Matthau and Lee Remick, the Warner Bros. film remains a powerful depiction of corruption in media and politics.

ANDY GRIFFITH: “It’s a powerful show. That was a crash course in acting, certainly in film acting, under Elia Kazan. It was three very difficult months but three of the best months of my life. He was wonderful. What a teacher! I would get up in the morning and study. I had pretty well learned the whole script before we started; I like to do that if I can. I’d get up and I would try to guess the colours he wanted. He always wanted about 12 more than I had imagined. He would tell me what he wanted, and then he’d say, ‘Now, go off and prepare.’ That’s the method: recall. You find the way. You find out what you’re trying to do and then go off by yourself to try to conjure up something in your mind that can create that. It’s very difficult. It’s very, very difficult. Especially when you’re playing a megalomaniac.”

This entry was posted in Film, Interviews and tagged 'A Face In The Crowd', Andy Griffith, Elia Kazan, Patricia Neal. Bookmark the permalink.