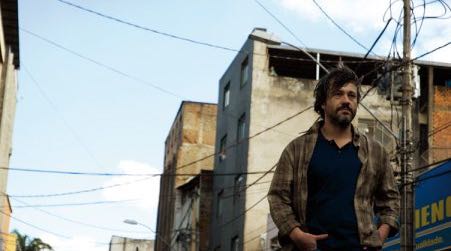 It’s original title, “Feliz Natal” (Merry Christmas), drips with the irony that the Brazilian director clearly intended but fails to pull off as the family reveals its wretched true colors and the drama becomes more depressing than anything else.

A sympathetic leading man (Leonardo Medeiros) just about holds the piece together as his parents and siblings spiral into drunken and drugged self-pity with lacerating altercations and accusations flying in all directions.

Some of the supporting players are allowed to overact noisily and the unsettling final sequence is a bit vague but the film makes a strong point about how families often eat their own. The film will attract festival attention and may please art house devotees seeking confirmation that middle-class life can be hellish.

Medeiros plays Caio, a 40-ish man who runs a junkyard in a small town, lives with a good woman, and tries to stay on the straight and narrow. One Christmas, he decides to visit his family and old friends in the city only to find that they haven’t changed at all.

His divorced parents hack at each other mercilessly; his brother and sister-on-law are on the verge of divorce; and his friends’ routine still runs to drink, drugs and hooker.  At a Christmas Eve party and a Christmas Day lunch, everyone except Caio over-indulges while the grandchildren watch, listen and learn.

Caio is riddled with guilt over causing the death of a young woman in a car crash, for which he served time in jail. Mello and Medeiros do a good job in conveying the man’s pain and struggle to avoid returning to the perilous ways that got him in trouble.