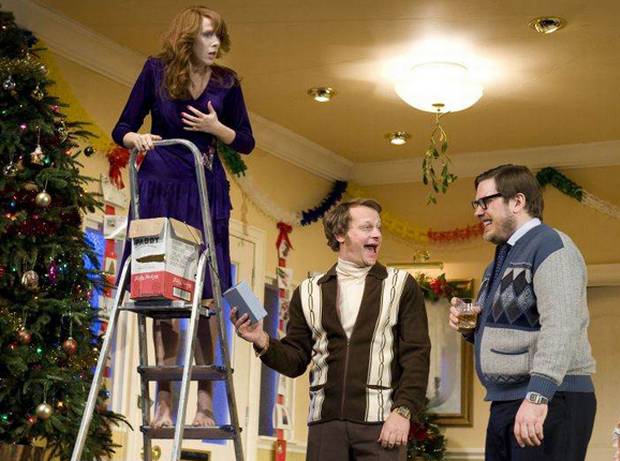 LONDON – Alan Ayckbourn’s parochial English comedy Season’s Greetings seeks to burst the illusion of happy families at Christmastime but the set-up and characters are so contrived that it runs like a clock that needs winding.

Nothing is introduced without leading inexorably to its clunky pay-off. The noisy toy wrapped with the other presents under the tree will go off at the most inopportune time; the all-purpose remote control will trigger loud music in the middle of the night; the amateur puppet show will collapse.

It’s the same with the characters: the ageing virgin sister will wail; the drunken husband with the pregnant wife will have his comeuppance; the sister-in-law who drinks too much will drop the Christmas mouse; the comely hostess will want to bonk her sister’s handsome young visitor; and the mad uncle with the gun will shoot somebody.

The players are all game but the play’s predictability soon becomes wearing, the ensuing chaos phoney and the laughter forced.