TV REVIEW: Tom Hardy, Kelly Reilly in ‘A for Andromeda’ 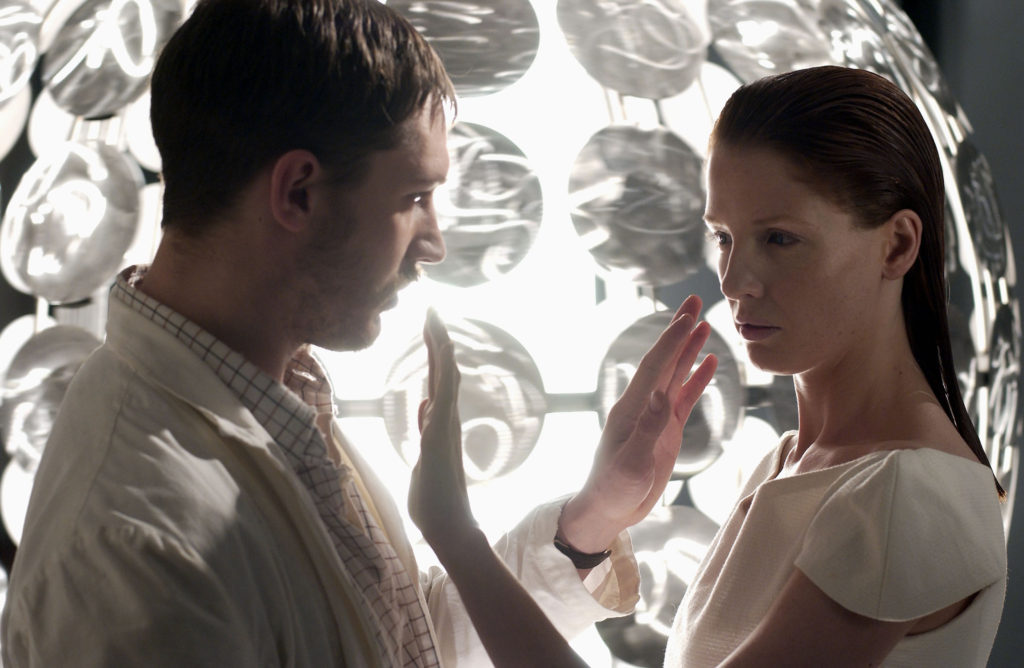 LONDON – ‘A for Andromeda’ is a tidy little science fiction picture starring Tom Hardy and Kelly Reilly (above) with a reach well within its grasp that is likely to please both sci-fi fans and those who can usually take it or leave it.

Serious buffs will be delighted to see a remake of the long-lost 1961 series that spooked a generation with its tale of aliens invading earth via a beautiful clone named Andromeda, played by Julie Christie in her screen debut.

The BBC has already resurrected 1950’s show ‘The Quatermass Experiment’ and writer Richard Fell, who did such a fine job on that one, has updated ‘Andromeda’ to exploit all the modern world’s knowledge of deep space and medicine.

Fred Hoyle and John Elliot wrote the original and it has the all essentials of a good nightmare with an enclosed space – a science installation isolated in wintry high country – and mysterious signals coming from a faraway galaxy.

Tom Hardy (‘Gideon’s Daughter’, ‘The Virgin Queen’) plays a temperamental but brilliant scientist named Fleming who has built a computer for the Ministry of Defence that will intercept and analyse communications from far and wide. The MOD wants the installation in order to look at e-mails and phone calls made by allies as well as enemies but when the deep space signals come in, Fleming sets out to decipher them.

With encouragement from his boss, Professor Dawnay (Jane Asher) and help from assistants Christine (Kelly Reilly) and Bridger (Charlie Cox), he decides quickly that a distant intelligence is seeking to make contact with mankind.

The signals feed in at a rapid pace and soon Dawnay is following its instructions to build a special computer that leads to the creation of artificial life. Bridger, however, is leaking the goings-on to a shady American (Colin Stinton) and the MOD, in the form of Gen. Vandenberg (David Haig), soon brings in the army to secure the place.

As such stories require, competing impulses soon lead to conflict with Dawnay keen to use the new computer to rid the world of its major illnesses, Vandenberg determined to put it to use for biological warfare, and Fleming having second thoughts about the whole thing.

When the cloned creature built under instructions from the alien intelligence turns out to look exactly like the beautiful Christine, the fun really begins.

Hardy and Asher have a good time in their white coats with all the scientific jargon and Reilly (‘Mrs. Henderson Presents’) gives her robotic creature the right degree of shivery sex appeal. Director John Strickland sets a lively pace, using Paul Lauger’s nifty production design to good effect, and he balances the tension cleverly with the frightening questions the story asks.