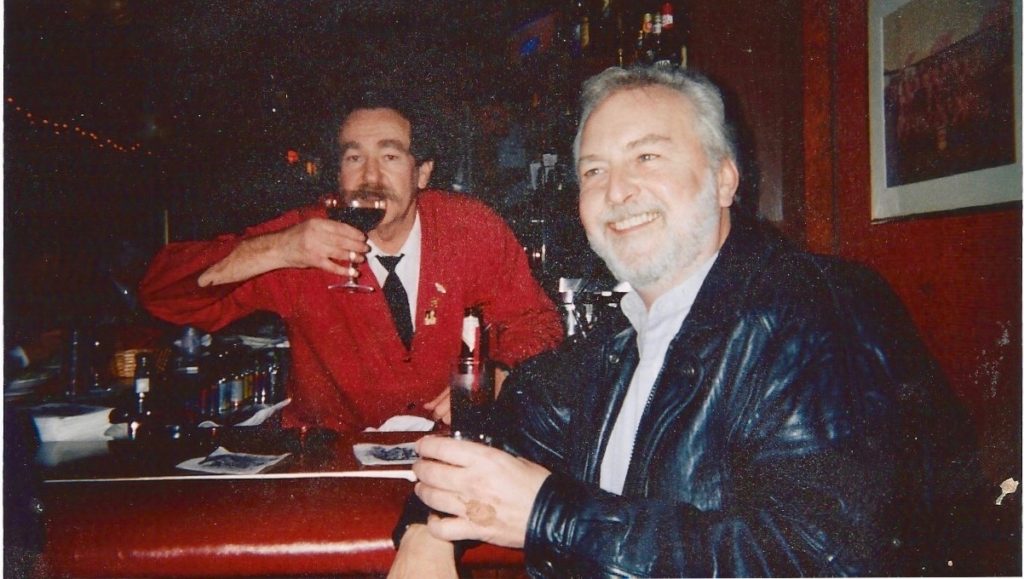 LONDON – Legendary Dan Tana’s barkeep Mike Gotovac died aged 76 on May 15 following complications caused by Covid-19. He was among the many rich characters I encountered in my time in Los Angeles and I recall clearly the first time we met.

The evening after the Los Angeles Herald Examiner folded in 1989, a group of us from the paper went to Dan Tana’s, the fabled West Hollywood restaurant for a meal. As we waited just inside the door, somebody recognized columnist Gordon Dillow from the photo on his column and Jimmy Cano, the city’s best maitre’d, asked if we were all from the HerEx. When we said we were, everyone in the place applauded and we weren’t allowed to pay for anything.

Dillow, Mark Schwed, Charles Fleming, Deborah Hastings, me, and assorted other ex-HerEx staffers became regulars. As everyone in L.A. knows, Dan Tana’s is a great Italian restaurant but really a little Yugoslavia with staffers from several nations in that former country. Mike, a Croatian, was as colourful a bartender as you’d ever wish to meet, he was incredibly efficient, entertaining and good-hearted behind his cantankerous facade. He poured a generous Stoli rocks and after every third one, for a few regulars, the next was free accompanied by a glass of water to keep us steady.

Mike and I became friends due to our mutual love of international football.  Watching World Cup and Euro Cup games wasn’t so easy in the 1990s but Mike would arrange for games to screen early in the mornings and a few soccer lovers would gather at dawn at Tana’s. One time, I made the mistake of leaving my car parked on Santa Monica Boulevard and, of course, when I emerged blinking into the sunshine, it had been towed. That was an expensive game.

Another time, Mike invited me down to the Croatian American Hall of San Pedro to watch a Croatia game. His hospitality there was as friendly, open and generous as it was at Tana’s. It was there that I learned for the first time that Marco Polo was not Italian but Croatian as he was born, as Mike was, on the Dalmation coast, which in Polo’s time was part of the city-state of Venice.

When I left Los Angeles to return to England in 1998 to become European Bureau Chief of The Hollywood Reporter, I had a big farewell party with friends from my other regular drinking spot, the Robin Hood British Pub in Sherman Oaks. I also had a party at Dan Tana’s. Jimmy, who died aged 66 in 2010, made sure we had plenty of tables and Mike presented me with one of my favourite treasures … a Dan Tana’s red waiter’s coat. I have it still.