RIO FILM REVIEW: ‘Should Nothing Else Work Out’ 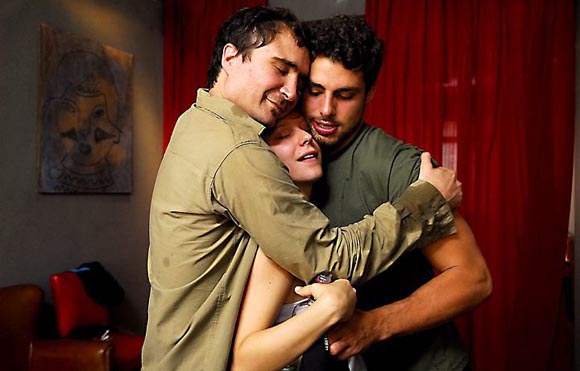 It features fine performances by Caua Reymond, Joao Miguel and Caroline Abras, who was named best actress at the festival, as a trio of reluctant and not very accomplished thieves. Each facing desperate circumstances, they take on big-time drug dealers, the police and corrupt politicians in an escalating series of drug runs and robberies.

Director Belmonte uses Frederico Ribeincher’s handheld camera work to frame a story that has real nighttime big-city grit, plenty of wit and danger mixed with compassion and a degree of optimism. The film should travel well to film festivals and art houses.

Reymond plays broke freelance journalist Leo, who is just trying to get by while taking care of his drug-addicted girlfriend Angela (Luiza Mariane) and her little boy. Marcin (Abras) is a lively but lonely urchin who works at a strip club and makes small drug runs using Winston (Miguel) as her driver.

They each owe money they cannot repay and when Marcin loses her job because of Angela’s misbehavior, they decide to team up to make a big score with unconventional results.

The acting is very good as Reymond demonstrates all the chops needed for stardom, Miguel contributes great character work and Abras creates a rich and complex character in the lost but resourceful Marcin.

The script by Belmonte and Pacca shows invention in the criminal capers with insightful and funny dialogue. When the down-on-his luck reporter is over-paid on a drug run, he’s tempted not to tell Marcin about it. “Fucking middle class,” says Winston contemptuously. Leo considers that for a second and, opting to do the right thing, sighs: “I miss my middle-class days.”