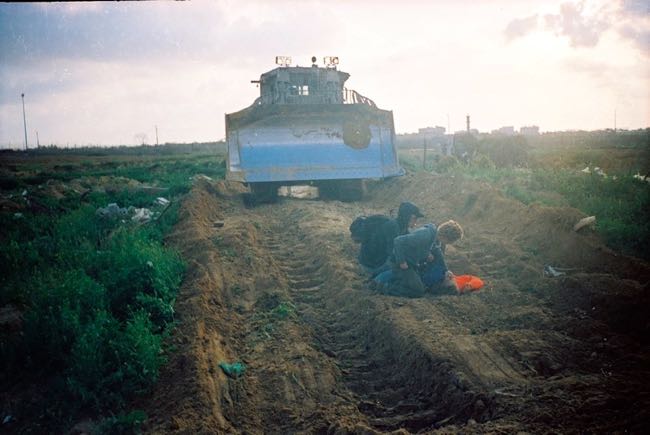 BERLIN – The drive to keep alive the name of a young American woman who died beneath a U.S.-made bulldozer driven by an Israeli soldier in Palestine continues in Simone Bitton’s sober documentary “Rachel.”

The idealistic Rachel Corrie (pictured below) was one of a team of activists from the U.S. and the U.K. who lived with Palestinian families in the most dangerous areas of the Gaza Strip in 2003 in an attempt to ameliorate the actions of the Israeli military demolishing homes close to the exclusion wall it had erected there. 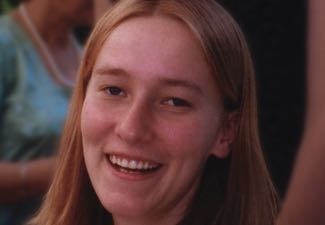 She was the subject of “My Name is Rachel Corrie,” a very moving 2005 play put together by actor Alan Rickman and journalist Katherine Viner. Starring Megan Dodds, it played at the Royal Court and then in London’s West End before getting a New York run in 2006.

Bitton’s documentary, which presents a very serious and unemotional examination of the available facts, will gain attention at festivals and among concerned communities but is unlikely to drum up mainstream audiences.

It is an important document, however, as it contains testaments by the civilian witnesses who were there when Corrie was killed as well as the official statements of key Israeli military commanders and administrators.

Corrie died when she and her colleagues attempted to stop a giant Caterpillar D9 bulldozer from clearing homes and other buildings in an area near Rafah. The soldiers testified that she died in a regrettable incident. Her associates and Palestinian witnesses say the driver of the 65-ton armored vehicle killed her deliberately.

Questions are raised about the speed and nature of the initial investigation and the official decisions that followed. Activists from England, Scotland and the States tell of their own experiences in Palestine, claiming that danger was constant from Israeli bullets and bulldozers.

The film presents everything in a matter-of-fact way but there is one sequence that will stick with any viewer. It’s shot from in front of one of the slowly moving monstrous bulldozers that, with its immense blade blocking the light, leaves no doubt that it would kill anything in its path.