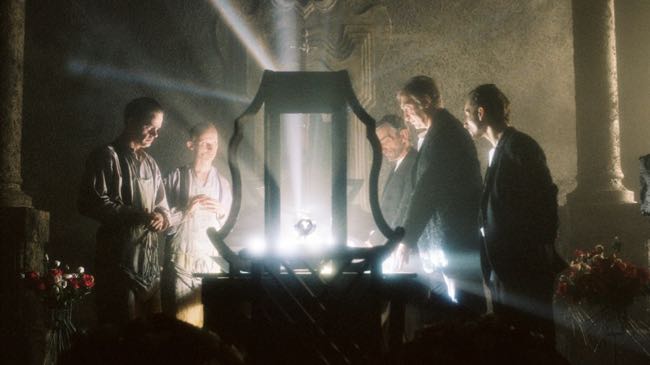 LOCARNO, Switzerland – “The Piano Tuner of Earthquakes,” directed by the Quay Brothers, is a finely crafted horror film with a devious storyline and hauntingly beautiful production design that together are the stuff of nightmares.

Integrating puppetry, animation and live action, the film has echoes of “Phantom of the Opera” and Jules Verne’s subterranean adventures, and with Terry Gilliam’s name on the credits as executive producer it should attract those with a taste for something more than slightly twisted. 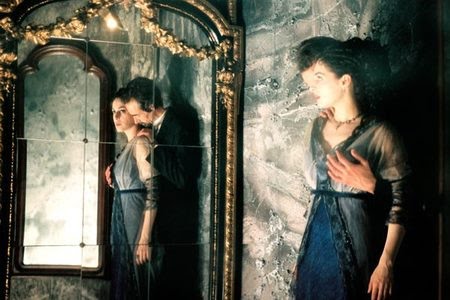 As the film opens, opera star Malvina (Amira Casar), who is about to marry her beloved Adolfo (Cesar Sarachu), collapses dead during a performance and her body is whisked away by the mysterious Dr. Droz (Gottfried John pictured with Casar) to his villa on a remote island. There, in a baroque grotto, he brings Malvina back to life.

The piano tuner of the title, Felisberto (also Cesar Sarachu) arrives at the decaying Villa Azucena to find there are no pianos to tune. A drippingly carnal housekeeper named Assumpta (Assumpta Serna, pictured with Sarachu below) shows him a mural in which he is depicted with her on the island. It has a crack across it like the jagged scar of a fault line. 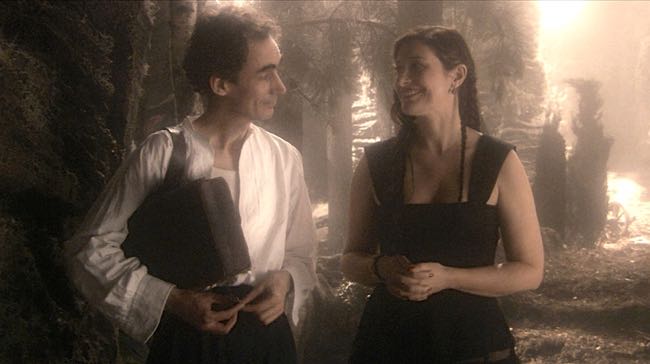 Droz explains that Felisberto is to tune seven automata that he has built on the grounds of the villa so that on the night of an upcoming lunar eclipse he may use them in a masterpiece that features Malvina to give him vengeance on the opera world that has rejected him.

The automata are machines that play music with encased figures that move repeatedly, such as a woodsman who cuts his leg while chopping a tree and bleeds into a pond over and over again. 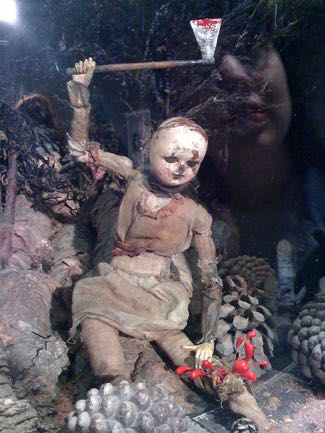 They are moist and have small cogs and intricate flywheels, complex gears and tiny bells with moving parts, perhaps teeth, that appear vaguely to have been once human. The impression is of stagnant water dripping on the filigreed entrails of a clock with a fungus of spores that leak over remnants of teeth and bone and mucous membrane.

Droz pushes Felisberto/Adolfo to complete his work while the piano tuner seeks a way to flee with Malvina before they are captured forever. The film is about vanity and pride, and the caging of beauty. Its elaborate fabrication has an intoxicating quality that captures the imagination like all good horror stories.