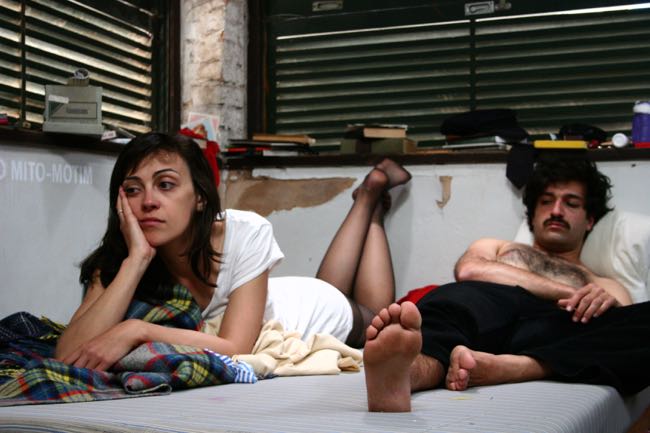 BERLIN – Brazilian multimedia filmmaker Tiago Mata Machado’s “The Resident” is a collection of didactic sketches performed by a group of men, women and children in protest at the demolition of a building.

The film is made up of energetic scenes of performance art, statements direct to camera, jokes, mimes and songs with messages to do with ethics, aesthetics and politics. While perhaps resonant in Portuguese, the English-language subtitles fail to convey what might well be significant.

Appreciation of the onscreen activity is therefore diminished greatly and much of it is incomprehensible. The film is not likely to attract attention beyond the home market’s arts audience.

With no helpful voice-over or narrative, it appears to be a peaceful demonstration that mirrors what would happen on the streets if the protestors were to take up arms for their cause. In one sketch, the members of the troupe mime shooting automatic weapons and throwing hand grenades.

That is a considerably better approach than the real thing, it must be said, but the result is more confusing than informative or entertaining.