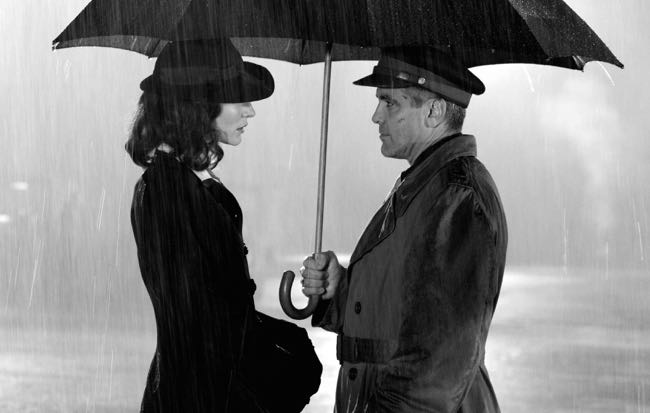 If ever there was an example of false advertising it is to place on current paperback editions of Joseph Kanon’s terrific novel “The Good German” the key art for Steven Soderbergh’s wretched vanity film version.

Why Soderbergh bought the book for his film is a mystery as his squalid picture does complete disservice to Kanon’s masterful evocation of time and place, wrapped up in a complex mystery filled with moral uncertainties. 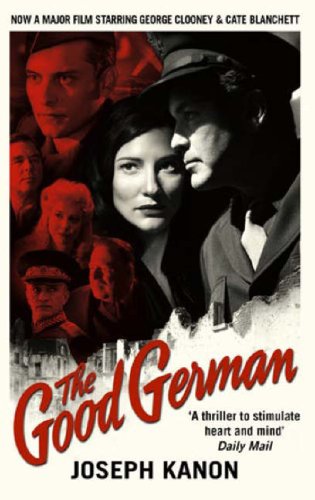 In the film, which opened March 9 in the U.K., George Clooney plays an American reporter named Jake who returns to Berlin in 1945 to cover the post-World War II Potsdam Conference.

His assigned driver, a dough-faced G.I. named Tully played by Tobey Maguire, is a black-market swindler who pimps his girlfriend, a German whore named Lena, played by Cate Blanchett.

The complications are that Jake and Lena were lovers before the war, and her husband is a rocket scientist who was forced to join the Nazi S.S. and is now pursued for his skills by both the U.S. and the Russians. Lena is portrayed as a cipher, a ruined and cynical survivor, while Jake is a patsy who takes a lot of beatings to the head.

The novel is completely different. Most important, Lena is not a whore and she never even meets Tully. She is not guilty of what her character reveals at the end of the film; that’s someone else. In the book, Lena is the warm human heart of what it takes to survive the horrors of war without being corrupted. Jake is a savvy war correspondent who knows his way around even war-torn Berlin.

You still don’t know if they will make it through the tumult that threatens in the aftermath of a hellish war. And their fate is affected by a whole range of characters established skilfully on all sides, many of which do not show up in the movie.

Obviously, ambitious novels of more than 500 pages must be pared down for the film treatment. Characters are cut and merged, and events changed. There are several imaginative and suspenseful set pieces in the book that would escalate any film budget. Nevertheless, Paul Attanasio’s naïve and deeply crude screenplay is a crime against Kanon’s novel.

What makes the film so unpleasant is that Soderbergh doesn’t care about his characters and he has almost zero interest in the human dilemma of what happens when a country led by fanatics is conquered but still must be allowed to recover. 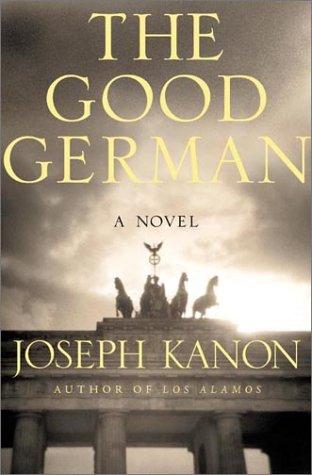 His only interest is in showing what a wizard cinematographer and editor he is in shooting the whole thing to resemble a black-and-white studio picture from the 1940s. He directs the actors to move and deliver their lines in the manner of a picture from that time.

He even conspires to have an airport scene (pictured top) constructed much like the ending of “Casablanca” but it’s an insult to mention the two films in the same sentence.

What’s worse is that he has ruined whatever chance there might have been for some talented director to make a film that actually reflects the high adventure, great characterisations, ethical puzzle and satisfying mystery in Kanon’s book.

Don’t take my word on the high quality of the novel “The Good German”, though. Neil Gordon in The New York Times Book Review says,”[Kanon] is fast approaching the complexity and relevance not just of le Carré and Greene but even of Orwell: provocative, fully realized fiction that explores, as only fiction can, the reality of history as it is lived by individual men and women.”

Robin W. Winks in The Boston Glove says, “Kanon is the heir apparent to Graham Greene; he writes of moral quandaries that are real and not created to drive a plot. A multilayered story, beautifully told.”

Ken Ringle in The Washington Post says, “As he did in ‘Los Alamos,’ Kanon demonstrates an eerie mastery of the evocative historical detail . . . You can feel the shattered glass crunching beneath your feet as you read. You can smell the smoke-scorched broken bricks . . . Kanon is as ambitious a novelist as he is a gifted one.”