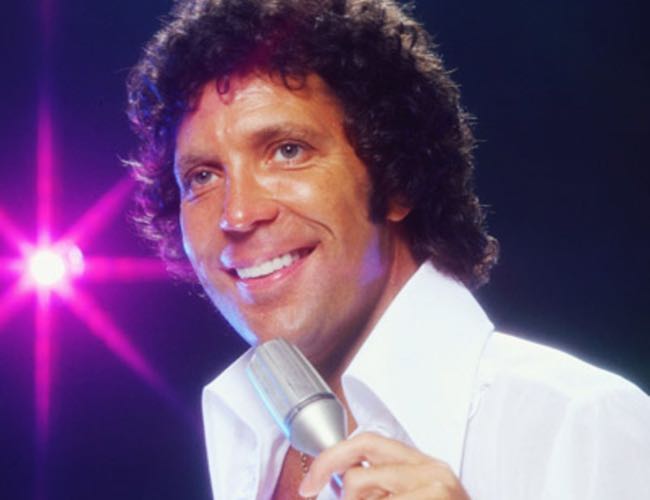 LONDON – Fans of “The Voice” might not suspect that the venerable Sir Tom Jones, who turns 75 today, was censored on American television when he was younger.

His show “This is Tom Jones” aired on the ABC network for three seasons until 1971 and his electrifying performances made him a huge sex symbol that terrified his network TV bosses.

When Jones first appeared on U.S. television – in 1965 on “The Ed Sullivan Show” – the cameras moved to facial closeups when his pelvic thrusts began as they had when Elvis Presley appeared on the show.

Later, on “This is Tom Jones”, ABC sent a female censor to monitor his performances. He told me, “She used to sit there and watch me. I remember once singing ‘Satisfaction’ and she said, ‘You can’t move like that and sing that song, it’s too suggestive.’ I said OK, but I did sing it and I did move like that, and we got away with it it.”

Jones was always a genial interview. I was a fan from the days he used to jam on British TV shows with Little Richard, John Lennon and Jerry Lee Lewis and others, and demonstrated that he had the chops to stay with the best of them.

He used to play at the Elmwood Casino, the nightclub in Windsor, Ontario, that was the biggest such venue in the Detroit area in the seventies. He had  emerged in the sixties on the strength of the hit song “It’s Not Unusual” from the obscurity of Britain’s workingmen’s clubs. He told me, “That’s where entertainers start there. It’s a great training ground in front of a tough audience. If you can make fellas that are drinking beer listen to you then you’re getting across.”

Jones had developed his from-the-hip singing style even then and there would be the occasional over-excited woman in the audience with an annoyed husband. An occasional bottle would be thrown: “I never got hit, though. If it got ugly, we’d close the curtains and get the hell out.” 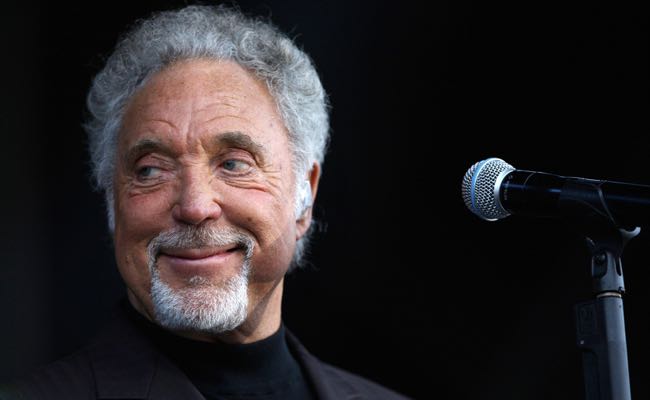 Later in his career, he would be bombarded by hotel-room keys and knickers thrown on stage by adoring female fans. When I interviewed him in 1981, he told me his style wasn’t really something he had much control over – “I can’t lay back on a song” – and he viewed his macho strutting with humour: “You can’t take it seriously. I laugh at myself a bit. If it’s an up-tempo number, a sexy number, then you do it. People want to enjoy themselves but they don’t want something thrust at them.”

At that time, Jones was making a TV comeback after 16 years in a show taped in British Columbia. The TV series, “Tom Jones”, was made in Canada for one simple reason, he said, “We wanted to do a series for syndication but it’s difficult to get people to invest in this kind of show in Los Angeles because it’s very expensive there.”

Canada, however, offered tax-shelter investments and a favourable exchange rate on the U.S. dollar: “Our producer, Clancy Grass, is a Canadian and he came up with the idea of doing it here. Canadians want people to come here and do shows, films or TV or whatever, so it’s good for Canada and it’s good for the entertainer.”

The show sold steadily to nations in South America, the Phillipines and China, and was seen across the U.S. in 1982. He had remained popular in concert, playing at Caesars Palace two months a year in two-week stints, and he spent seven months on the road. He also continued to have hit records with releases such as “Darlin’” and “What in the World’s Come Over You?”

Speaking in 1981 when he was 40, Jones had been away from Britain for seven years and he hadn’t been back. He made no bones about why he lived in the United States: Promoters in Las Vegas and elsewhere in North America were eager to pay substantial sums to a man whose vigorous singing put new life into dwindling nightclub audiences – and the U.S. taxman let him keep more of it.

He said, “I daren’t go home for a visit. I like living in Britain and if I go back for a short visit it would just be teasing me, so I’d rather not. I’d get homesick and would want to stay, it would tempt me so much.”

He used to carry a little bit of Wales around with him wherever he went in the form of a bristle dartboard from Caerphilly, just down the road from Pontypridd, South Wales, where he was born Thomas Jones Woodward. There was a larger piece beside the pool at his home in Bel Air but it didn’t travel well. It was the old red telephone box from his end of the street in Pontypridd.

Jones said, “I heard that they were putting in new phone boxes and I thought, my God, I’d love to have the one from the end of our street. That was our phone when I was a kid. It was the only one we had.”

He had it shipped out complete with its lists of British exchanges and it sat in the shade of the Georgian-style home that he bought from Dean Martin. It was similar to the home he had for many years in England in the Surrey town of Weybridge, he said: “I wanted a house that was nearly the same and this is – the red brick and everything. I had all my furniture brought over and all the fittings. I seldom go out when I’m there so really it’s like being in Britain … except that when I’m out by the pool, the weather’s different.”

This entry was posted in Interviews, Memory Lane, Music, Recalling ..., Television and tagged 'It's Not Unusual', 'This is Tom Jones', Elmwood Casino, Tom Jones. Bookmark the permalink.

1 Response to When US TV censored hip-swinging Tom Jones